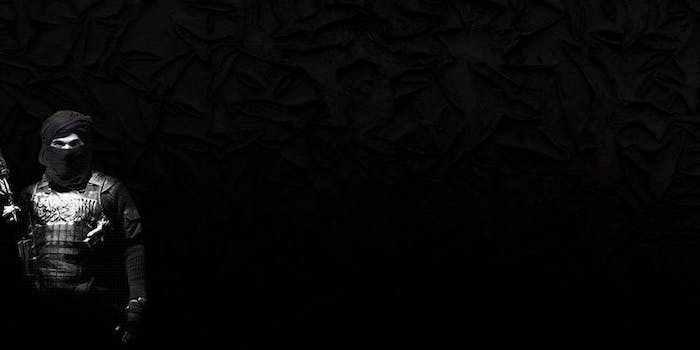 The site's been up and down in the last 24 hours.

The Islamic State allegedly launched its own social network this week.

The new site, 5elafabook.com, is likely an effort to regroup the militant group’s famously tech-savvy Internet operation after thousands of ISIS supporters were aggressively hunted and banned by American social media companies and activists in recent months.

The site is a fundamental Islamist version of Facebook built on a GoDaddy domain, registered in Egypt, and addressed in “Mosul, Islamic State.” 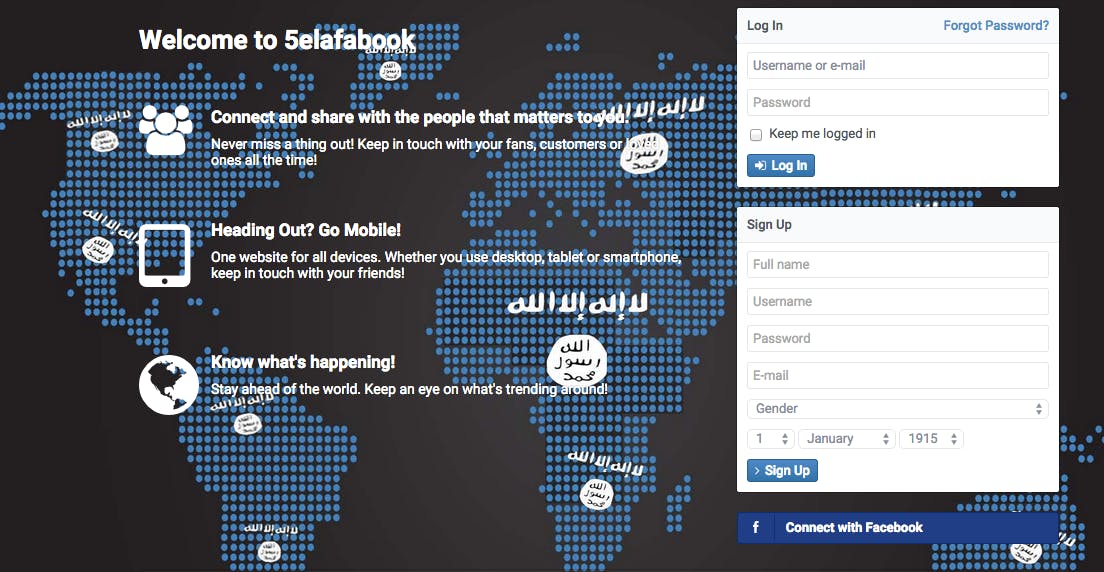 After being up for less than three days, the site was down Saturday with a 503 error signaling “maintenance downtime or capacity problems.” As of Saturday evening, it was back up.

Someone please tell me this is a joke. ISIS just created their own Facebook called "KhilafahBook" or 5elafabook pic.twitter.com/hz5FeDxt3U

The network was promoted by some popular ISIS supporters on Twitter after it was originally tweeted out by @5elafabook, an account still up today. That’s how ISIS social media initiatives usually work: A new account is created by an established member of ISIS and is then retweeted into popularity. 5elafa is slang for khalifa, an Islamist political system meaning caliphate.

5elafabook was easy to put together. It was created using the SocialKit content management system that allows quick and simple creation of a social network that closely mimics industry giants like Facebook.

It’s not clear yet what caused the site to go down. Anti-ISIS Anonymous hacktivists were discussing attacking the site on Saturday night.