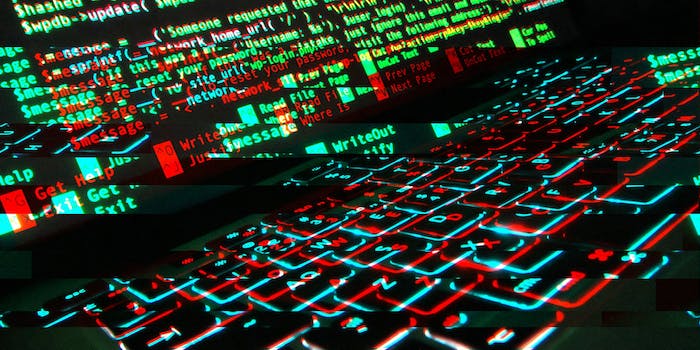 The Islamic State is losing a war on the Dark Net.

The Islamic State is losing a war on the Dark Net.

One week after ISIS supporters set up a propaganda website on the Tor anonymity network, the famously Internet-savvy militants have proven unable to resist the efforts of anti-ISIS hackers bent on blacking out the site.

After this month’s deadly terror attacks in Paris, which were carried out by an ISIS cell, wrought newly intense global pressure against the Islamic State’s notorious online propaganda apparatus, pro-ISIS supporters moved their website—known as Isdarat, or “Releases”—to Tor.

Tor encrypts Internet traffic so that users and websites can maintain anonymity and beat censorship. The free software is used by millions of people around the world, and it’s funded in large part by the U.S. government.

The Islamic State thought they’d found a safe haven. Instead, hackers have turned their site into a shooting gallery.

Ghost Security, a hacktivist collective fighting ISIS’s vast online presence, targeted Isdarat soon after it first appeared in its new location. After about five days in operation, Isdarat has largely stayed down, out, and inaccessible, no longer a working hub for ISIS media.

Ghost Security is a grass roots group of vigilantes whose war on ISIS garners international headlines. They’ve taken down thousands of Islamic State social media accounts and websites in the last year, Isdarat being one of the more high profile trophies on their shelf.

Isdarat featured videos, press releases, and regular news updates from Islamic State leadership. The Isdarat franchise has been a powerful propaganda tool for ISIS but also a constant target of attacks, hence the move to perceived safety of the Dark Net.

But that perception doesn’t match reality. As recently as earlier this month, some of the Dark Net’s most popular websites—black markets selling illegal wares like drugs and stolen data—reported massive denial-of-service attacks that put sophisticated storefronts out of operation for extended periods.

Hidden websites operating in the Tor network, which are not accessible from a normal Web browser like Chrome or Firefox, offer a lot of extra protections—but they’re not bulletproof.

Despite its losses online, ISIS remains a prolific presence across the Internet.

As part of a coordinated post-Paris media campaign, ISIS supporters are producing multiple videos, infographics, and audio recordings daily that are then broadcast out to the world through networks like Twitter and Telegraph, even as both networks attempt to squash ISIS accounts as rapidly as they pop up.

Photo via Christiaan Colen/Flickr (CC by 2.0) | Remix by Max Fleishman