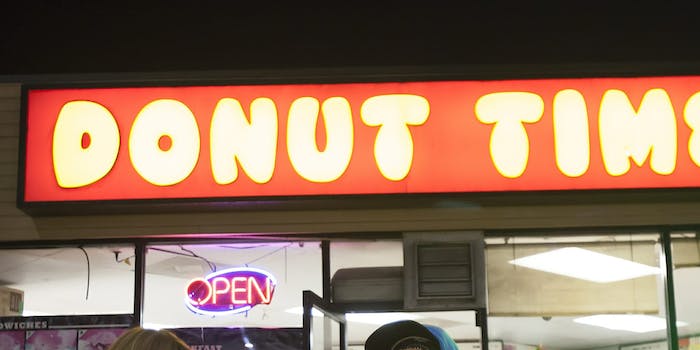 After reblogging an animated GIF from the Islamic State on Tumblr, an American man was arrested on Thursday by U.S. federal authorities for soliciting the murder of members of the U.S. military.

“While we aggressively defend First Amendment rights, the individual arrested went far beyond free speech by reposting names and addresses of 100 U.S. service members, all with the intent to have them killed,” FBI Special Agent Stephen D. Anthony said in a statement. “We will remain vigilant in our efforts to stop those who wish to support these despicable acts.”

The affidavit filed this week alleges that McNeil had long been watched by the FBI as he expressed support on social media for the Islamic State and Islamist attacks against American targets.

“Just thinking about getting martyred puts a smile on my face,” McNeil allegedly said on his Twitter account earlier this year. “One day soon inshallah.”

McNeil operated multiple social media accounts with names like Lone_Wolfe13 and 11LoneWolfe. A lone wolf is someone who commits violent acts outside of the structure of an organization. The FBI alleges he regularly made comments about committing violent acts himself, including “shedding American blood.”

Earlier this year, FBI Director James Comey said that retweeting could be considered a criminal act.

“It would depend on what your mental state is in doing it,” Comey said of retweeting. “I can imagine an academic sharing something with someone as part of research would have a very different mental intent than someone who is sharing that in order to try and get others to join an organization or engage in an act of violence. So it’s hard to answer in the abstract like that.”