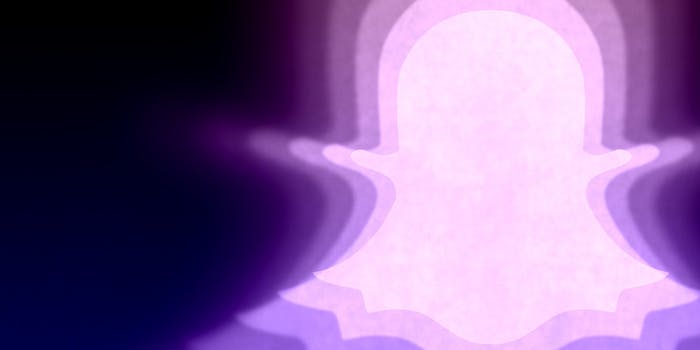 Snapchat goes down for an hour, tells people they have no friends

On Tuesday, users of Snapchat (#teens) took to Twitter in force to report the messaging app was experiencing outages. Specifically, the Snapchat Stories feature appeared to be down for part of Tuesday.

Reports from users who were unable to access content from Stories began around 12pm ET, and have persisted throughout the hour.

are snapchat stories down right now?

Is my snapchat the only one not loading its stories?

While some users seemed to be able to continue to access Stories, the outages became more widespread and Twitter began to fill with teen refugees who were lost without the ability to send 5 second selfies.

@snapchatsupport hey my snapchat stories won't refresh at all

After receiving a flood of requests for help, Snapchat acknowledged it was experiencing difficulties on its Snapchat Support Twitter account.

Within about 30 minutes, the Snapchat Support account reported the issue had been fixed and the app was again fully operational.

The most entertaining side effect of the hour long outage, and perhaps what sent teens into a frenzy in the first place, was the message they received when attempting to access Snapchat Stories.

My snapchat is telling me i have no friends or stories..

When users would go to the Stories page, Snapchat would not register content from the person’s connections, as if they hadn’t added any friends on the app yet. This led to a bunch of teens thinking Snapchat was telling them they had no friends.

Luckily, the crisis was short-lived. Snapchat is functioning and no longer suggesting that teens are living a friendless nightmare and are doomed to eat lunch alone at an empty table for the rest of the semester. Now everyone can go back to sharing briefly existing pictures of food and nipples or whatever it is people do on Snapchat.