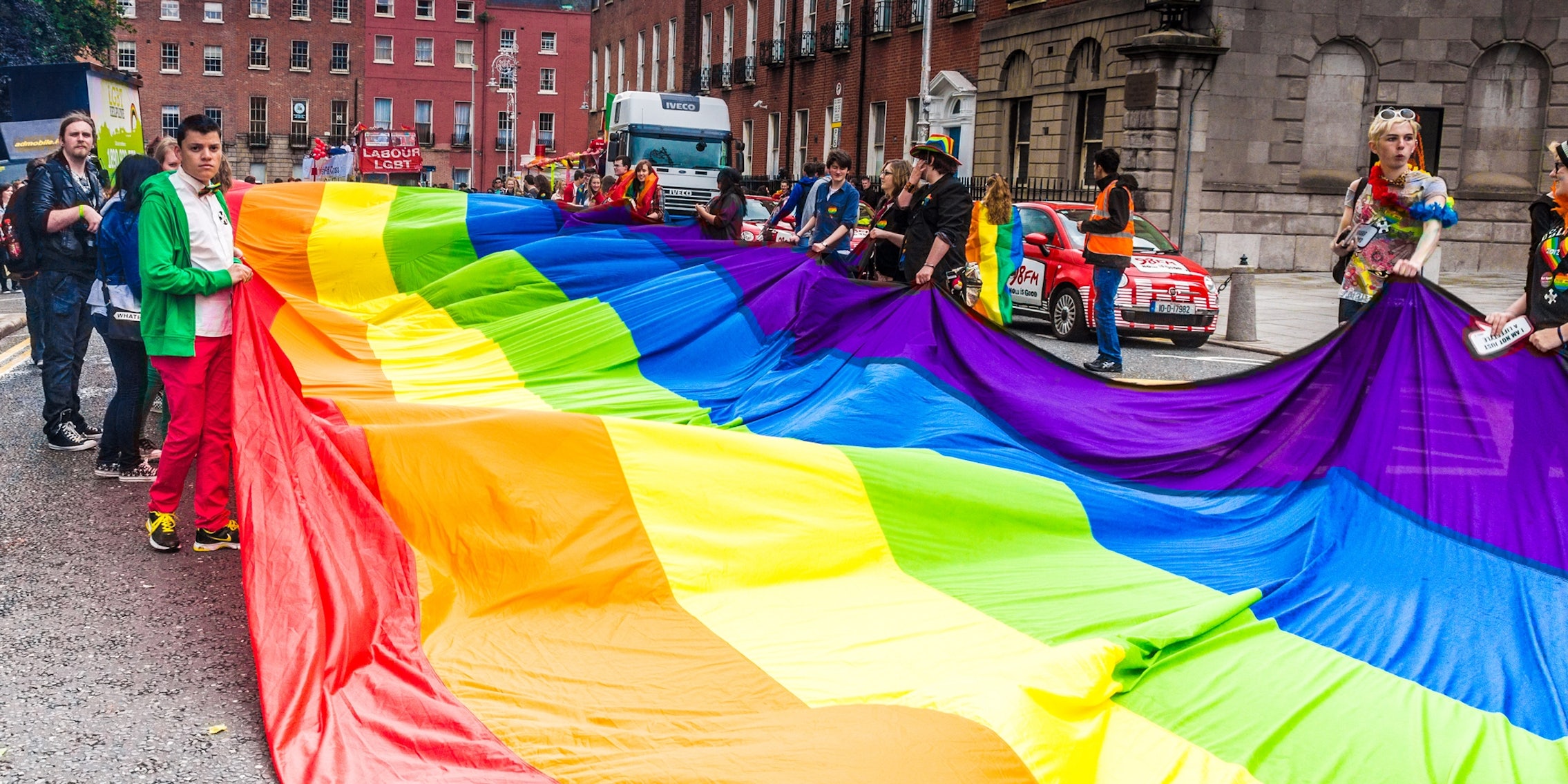 The votes are still being counted, but with a majority of people voting Yes, Ireland will become the first country to approve a national referendum for same-sex marriage.

Irish citizens went out in overwhelming numbers to vote whether they wanted to have an amendment added to the Constitution, which states, “Marriage may be contracted in accordance with law by two persons without distinction as to their sex.” The turnout, which included Irish voters who flew back home to vote at their polling stations, was expected to top 60 percent—the first time that’s happened since the country legalized divorce in 1995.

With voting results pouring in Saturday, the Yes vote is currently close to 65 percent with the Guardian reporting that “Ireland appears certain to pass the gay marriage rights reform.”

David Quinn, the head of the Iona Institute—the Catholic organization that led the No campaign in Ireland—already conceded to the Yes vote.

Congratulations to the Yes side. Well done. #MarRef

People in Ireland are already starting to celebrate the victory with citizens flooding the streets to await results and celebrate marriage equality in a country that once voted against abortion and divorce.

'We are full and equal citizens' – Panti Bliss #MarRef pic.twitter.com/cPsKq26sdJ

Such a great crowd in #DublinCastle for results of #MarRef Well done to all those who turned out!! pic.twitter.com/6CaN4YRqQp

#MarRef Folks, we did it! And to celebrate here is the most important hashtag of all #WeMadeHistory pic.twitter.com/UD9dKAUgSy

“We’re the first country in the world to enshrine marriage equality in our constitution and do so by popular vote,” Leo Varadkar, Ireland’s health minister who announced he was gay earlier this year, said. “That makes us a beacon, a light to the rest of the world of liberty and equality. It’s a very proud day to be Irish.”

People from all over the world are starting to offer their congratulations to Ireland as well.

Congratulations Ireland! The journey the country has made during my lifetime leaves me so very proud, happy and amazed. Group hug!!!!

Wonderful news from Ireland this morning. New York City celebrates with you! #LoveWins

Here at #HayFestival – almost no signal but news in that Ireland’s Yes Campaign has carried the day. So so happy. Oscar smiles in his grave.

According to John Lyons, an openly gay lawmaker in the Irish parliament, the victory was in part due to the young voters who campaigned and even flew home to vote.

“”Most of the young people I canvassed with have never knocked on a door in their lives,” he said. “This says something about modern Ireland. Let’s never underestimate the electorate or what they think.”