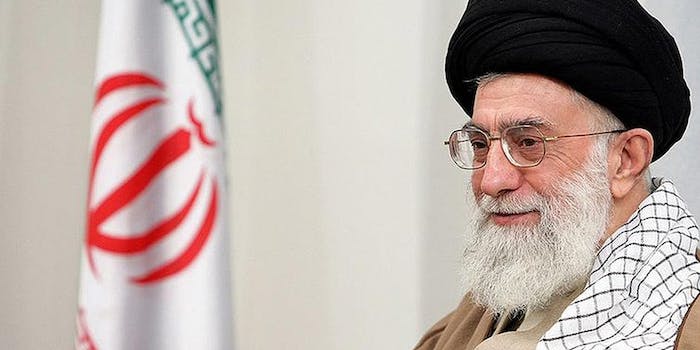 Of course they are.

The protests in Ferguson, Mo., represent many complex issues in the United States, but to America’s geopolitical foes (or frenemies, as the case may be), the continuing unrest represents a rare bit of schadenfreude.

In the wake of the shooting of 18-year-old Ferguson resident Michael Brown and the police crackdown on peaceful protesters in the streets of the small Missouri city, several countries that frequently find themselves at odds with America have used state-run media outlets to lambast the U.S.

The Beijing-controlled New China News Agency published an opinion piece arguing that the situation in Ferguson showed “that even in a country that has for years tried to play the role of an international human rights judge and defender, there is still much room for improvement at home.”

“Obviously,” wrote the columnist Li Li, “what the United States needs to do is to concentrate on solving its own problems rather than always pointing fingers at others.”

By “others,” Li undoubtedly meant China, which receives blistering criticism from the U.S. in the State Department’s annual human rights report.

Even Egypt, which receives more U.S. aid than any non-NATO country except Israel and Afghanistan, is getting in on the action. The Egyptian Foreign Ministry released a statement urging American law enforcement authorities to handle their response to the protests “according to the American and international standards,” adding that the Egyptian government was “following the escalation of protests and demonstrations in the city of Ferguson and reactions thereto.”

The crisis in Ferguson may have drawn attention away from the crisis in Ukraine, but Russia certainly hasn’t forgotten about Ukraine, and it is taking this opportunity to smugly draw a parallel between the two situations.

Referring to U.S. sanctions and scolding directed at Russia for its encroachment in Ukraine, the Russian Foreign Ministry suggested that America “pay more attention to restoring order in their own country before imposing their dubious experience on other nations,” according to a Russian-language statement translated by the Los Angeles Times.

Observing that “serious violations of basic human rights and barbaric practices thrive” in the United States, the Russian government suggested that the U.S. reconsider its “export of democracy” abroad.

The Kremlin-funded news channel RT has also sent a reporter to Ferguson and maintains a liveblog of the events there.

No country has sounded more gleeful as it comments on Ferguson than Iran. “Violence has become institutionalized in the U.S. in recent years, but since President Obama, the 2009 Nobel Peace Prize winner, came to the White House, the violence has intensified, and now it has erupted against blacks in Ferguson,” the state-run Islamic Republic News Agency (IRNA) crowed, according to the L.A. Times.

In a separate statement, the IRNA quoted Republican Kentucky Senator Rand Paul’s recent op-ed about Ferguson. It also argued that “African Americans and other communities are still facing racial discriminations in the country and the election of Obama did not help end racism.”

Iran’s Supreme Leader, Ayatollah Ali Khamenei, has been a persistent critic of the West, especially America, and he has used Twitter to broadcast his broadsides against what he considers to be the hypocrisy and moral failures of American society.

Today like previous years, African-Americans are still under pressure, oppressed and subjected to discrimination. #Ferguson