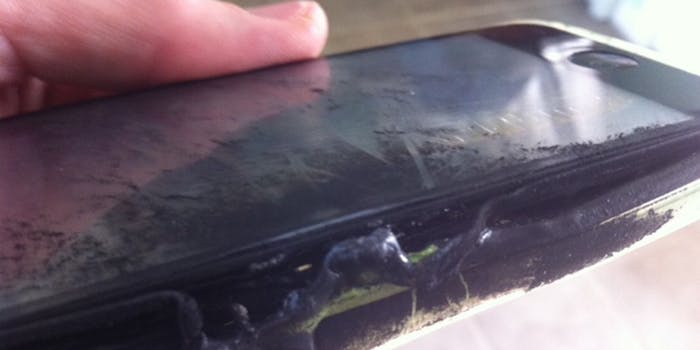 Teenager sent to hospital after iPhone catches fire in her pocket

The phrase "blowin' up" just got a whole new meaning.

To the list of reasons why you shouldn’t buy your 14-year-old a brand new smartphone, you may now add “spontaneous fires.” A middle school student in Kennebunk, Maine, went the the hospital with second-degree burns on Friday after her iPhone 5C ignited in her pocket just before first-period French class, causing general panic in addition to injury.

The two-month-old Apple phone emitted a loud popping noise, then began to smolder and melt, with smoke billowing up around the student. Girls in the class helped her as she frantically tried to remove her pants, while others herded boys away from the scene and secured help from a teacher standing in the hallway. Jeff Rodman, principal of the Middle School of the Kennebunks, said the victim thankfully knew to stop, drop, and roll, which lessened the extent of the burns to her thigh and back. She was later treated at Southern Maine Health Care in Biddeford. 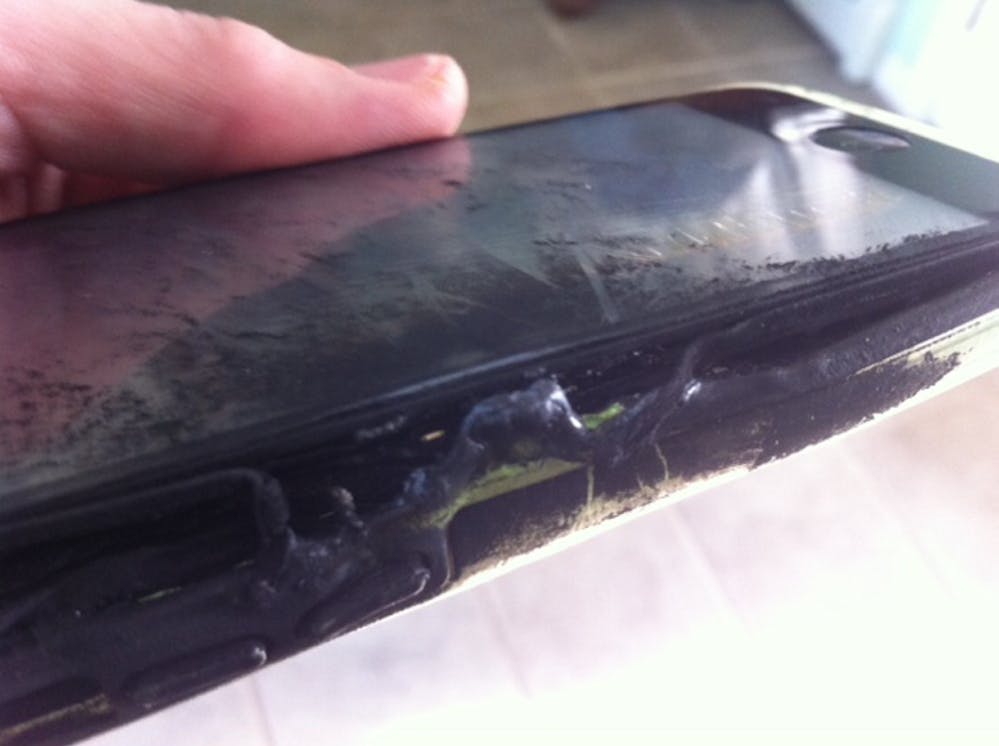 The girl’s mother, Judy Milligan, snapped a photo of the charred iPhone, which had originally been green. The Morning Sentinel quoted Andrew Rosenstein, owner of an Apple device repair service, on the fire’s lone possible source, a lithium-ion rechargeable battery: “The battery, as it charges and discharges, it’s really a chemical reaction that can generate heat. It’s very rare there can be an issue, but any battery is just a chemical composition that can be flammable in extreme circumstances.”

He said that such incidents were rare, especially for new phones. (An iPhone 4 fire on a flight to Sydney, Australia, was later blamed on “shoddy screen replacement.”)

Apple itself has yet to comment or apologize, but if they’ve learned anything from Samsung’s mistakes, they’ll know it’s not in their best interest to suppress the story. In the meantime, I think I’m going to start keeping my phone in a safer place. Like the freezer.