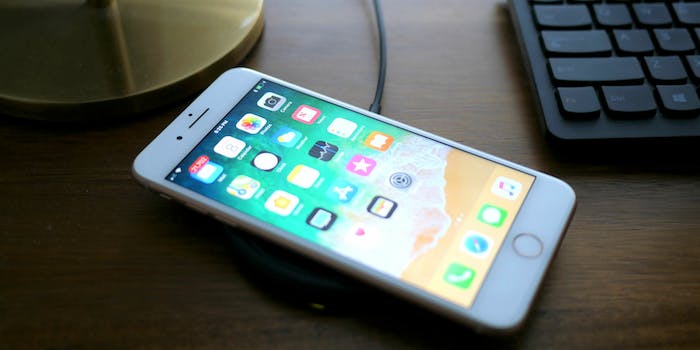 As users opt for the discounted iPhone 7, iPhone 8 sales underwhelm

It's up to the iPhone X to turn things around.

Lines at Apple stores should start dying down following the unveiling of the iPhone 8—at least, that’s what we’ve come to expect any other time a new model has rolled out. Instead, people are queueing up to buy Apple’s discounted iPhone 7, a device it released more than a year ago.

Apple’s old iPhone 7 is outselling the new iPhone 8, according to Reuters, citing broker KeyBanc Capital Markets. And while it’s not unusual to see a sales bump for an older device after a price reduction, the iPhone that replaces it traditionally outsells its predecessor by a wide margin.

But not this year. It appears users are willing to forgo wireless charging and a much-improved camera to purchase the iPhone 7 at a discounted price. The iPhone 8 and iPhone 7 are similar in many ways and it’s easy to see why consumers don’t feel compelled to upgrade. For one, both phones sport the same thick-bezel design that looks outdated when compared to this year’s other flagship phones. Both phones also have the same display technology and similar camera specs (the iPhone 8 does have an improved sensor). The iPhone 8 starts at $700 while the iPhone 7 is now $550 after a price cut.

“Many respondents indicated that a meaningful portion of customers are buying iPhone 7 in lieu of the new iPhone 8, given the lack of significant enhancements in the new phone,” KeyBanc analyst John Vinh wrote in a client note.

Others are holding out for Apple’s iPhone X, the company’s new flagship that comes with an OLED edge-to-edge display, stainless steel frame, and Face ID authentication. The iPhone X costs $1,000 and will start shipping on Nov. 3. Until the X is released, we won’t know if Apple customers are saving up for the new flagship or holding off entirely.

What is clear is that a lack of innovation in the industry is giving customers less reason to upgrade older devices. AT&T reported it had 900,000 fewer smartphone upgrades in the third quarter this year compared to last year.