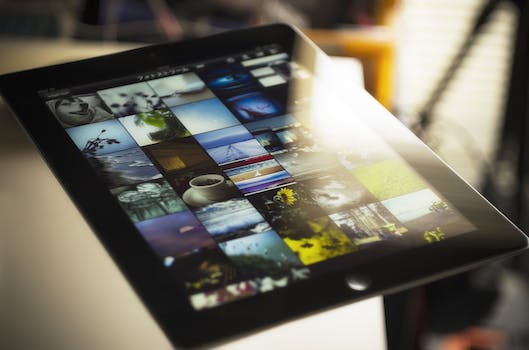 My mom will be super bummed to find out her iPad, a device she uses more than her Apple MacBook, will be a digital antique when iOS 10 rolls out in the fall.

Apple announced the latest version of its mobile operating software, iOS 10, at its developer conference on Monday, highlighting a bunch of new changes that make it the “biggest update to iOS yet.” Unfortunately, many of Apple’s mobile users will be left out in the cold, unable to upgrade to the new operating system.

Sure, the iPad 2 is five-years-old at this point, (the oldest iPhone to support iOS 10 is the iPhone 5, launched in 2012), but these soon-to-be obsolete iPads represent a huge number of people who won’t be able to get the latest software.

Data published in March from Localytics, a mobile analytics firm, shows that these three devices represent about 40 percent of the market. By contrast, the iPhone 4 and iPhone 4S account for just eight percent.

People will be disappointed to know their iPads won’t get the new bells and whistles that come with iOS 10, especially those who use the tablets as mobile alternatives to laptops or desktops. Apple has even called its newest iPads “the ultimate PC replacement.” According to Intel, the upgrade cycle of a PC is almost six years, so it would make sense people still have older devices; but the iPad Mini and the iPad 3 launched in 2012, putting the decision to abandon support more in line with mobile, not PC, upgrades.

And while digital savants regularly upgrade their devices to get the next hot gadget, the audience for iPads includes older adults and teachers, two groups of people who probably don’t want, or have the resources, to upgrade every few years.

In June 2013, Apple said there were 10 million iPads in schools around the U.S., which means it’s likely a lot of classrooms are still home to older devices that won’t get iOS 10. Which is ironic considering the learn to code push Apple made at WWDC by launching a free coding education games bundle for the iPad on iOS 10.

Though frustrating for older iPad users, it’s not entirely unexpected. From a company standpoint, Apple wants users to keep upgrading to its newest devices. But if it wants to sell its tablets as replacements for PCs, it’s going to have to get used to people using devices longer, with aging iPads making up a greater market share than older iPhones. Pulling the software plug on its users will be disappointing, and some, like my mom, might just forego upgrading to another tablet, using a bigger phone and her laptop instead.