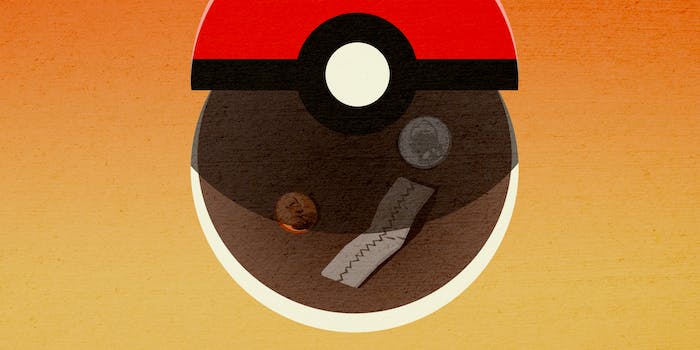 Nintendo has been riding high since the release of Pokémon Go lifted the company out of a financial funk, but investors have cooled on the company after learning one very important fact: Nintendo didn’t actually make Pokémon Go.

The game that has driven players to go to absurd lengths to capture pocket monsters and spawned everything from accessories to dating apps is a collaborative creation between the Pokémon Company and game developer Niantic Labs. While Nintendo does hold 32 percent of the voting power in the Pokémon Company, it doesn’t actually own it or its products.

Nintendo reminded investors of this in a statement released late on Friday, in which Nintendo described the income it would receive based on the Pokémon Company’s business—including the Pokémon GO Plus smartwatch, set to release later this month—as “limited.”

Prior to the drop—caused by Nintendo giving information any investor should have already known before buying into the company—Nintendo’s stock price had been soaring. The company’s value had risen by more than 120 percent since the release of Pokémon Go.