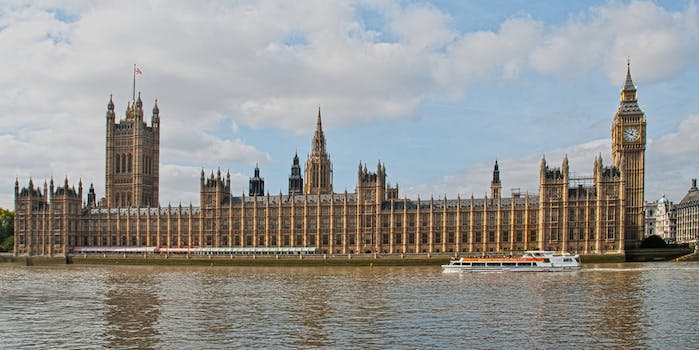 The House of Commons has passed the measure, and it now goes to the House of Lords.

The vote on the Investigatory Powers Bill was 444 to 69. The House of Lords must pass it before it reaches the final amendment stage and is then given royal assent.

The bill, dubbed the “snooper’s charter” by critics, makes it easier for the British government to collect and store information about U.K. residents in bulk; hack into computers for investigations; and require the decryption of encrypted user data.

The Labour Party supported the ruling Conservative Party by backing passage of the bill, claiming it had won significant concessions from the government. The Scottish National Party, Parliament’s third largest faction, overwhelmingly opposed the bill, with Member of Parliament Joanna Cherry, the party’s justice spokeswoman, saying it was “standing up for people’s civil liberties, privacy, and data security.”

Home Secretary Theresa May, who has spearheaded the bill in the legislature, told lawmakers that privacy concerns had been addressed, saying the final draft “provides far greater transparency, overhauled safeguards and adds protections for privacy and introduces a new and world-leading oversight regime.”

Several parliamentary committees criticized the bill and recommended changes. The human-rights committee urged the government to publish detailed guidelines that investigators will have to follow, saying in a May 25 report that the bill might otherwise violate the European Charter of Human Rights.

Civil-society organizations have repeatedly criticized the bill as it has moved through the stages of parliamentary consideration. Controversies have arisen over the bill’s vague wording, with the head of the U.K. National Crime Agency confirming that it would let authorities force a tech company to break its own encryption.

A global debate is raging about whether tech companies should be allowed to use unbreakable encryption, which Silicon Valley firms and security experts consider essential to protecting customer data from hackers. Police and intelligence officials in many countries have warned against the use of so-called “end-to-end” encryption, because it protects criminals’ communications from investigators.

The so-called “crypto wars” gained new urgency after the December 2015 San Bernardino, California, shooting, when the Justice Department obtained a court order forcing Apple to help the FBI bypass security features on the iPhone of one of the shooters.

Apple refused to comply, arguing that doing so would set a dangerous precedent. What followed was a months-long, high-profile debate about competing security claims, with the government eventually backing down after securing another way into the phone.