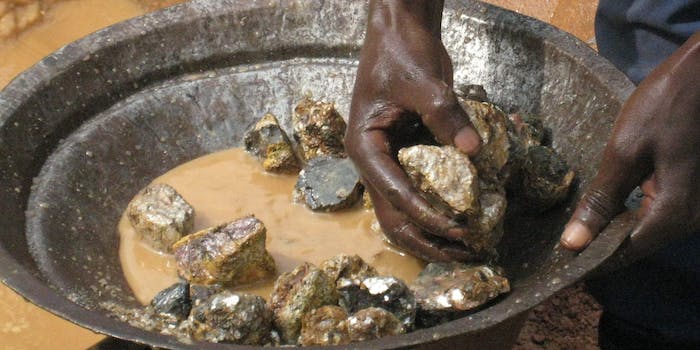 Intel wants to remove conflict minerals from its products, but experts say it could hurt more than it helps

Intel made a bold promise on stage at CES this month. Following its commitment to making all microprocessors conflict-free, Intel plans to use only conflict-free minerals across its entire product portfolio beginning this year. Though despite the altruistic nature of new policies, conflict-free initiatives by Intel and other technology companies might not be doing enough to help an embattled region.

Conflict minerals include gold, tin, tantalum, and tungsten that are mined in the Democratic Republic of Congo (DRC) and fund the ongoing conflict in the region. These minerals are found in a number of products, including tech built by companies like Intel and Apple.

Using only conflict-free minerals across Intel’s supply chain is a lofty goal. As Carolyn Duran, Intel’s conflict minerals program manager, explained in an interview, the company started the effort to make microprocessors conflict-free back in 2009, and because the company had more control over the manufacturing, it was a logical place to start. But to broaden the portfolio of products, the company had to take more steps along the supply chain, and faced increased challenges and fluctuation to ensure conflict-free production.

All metal that’s to be used in retail goods, whether it’s for computers or jewelry or manufacturing, must go through a refining process called smelting. It’s at the smelters where Intel focuses their efforts to determine whether or not minerals were found in mines controlled by militia. 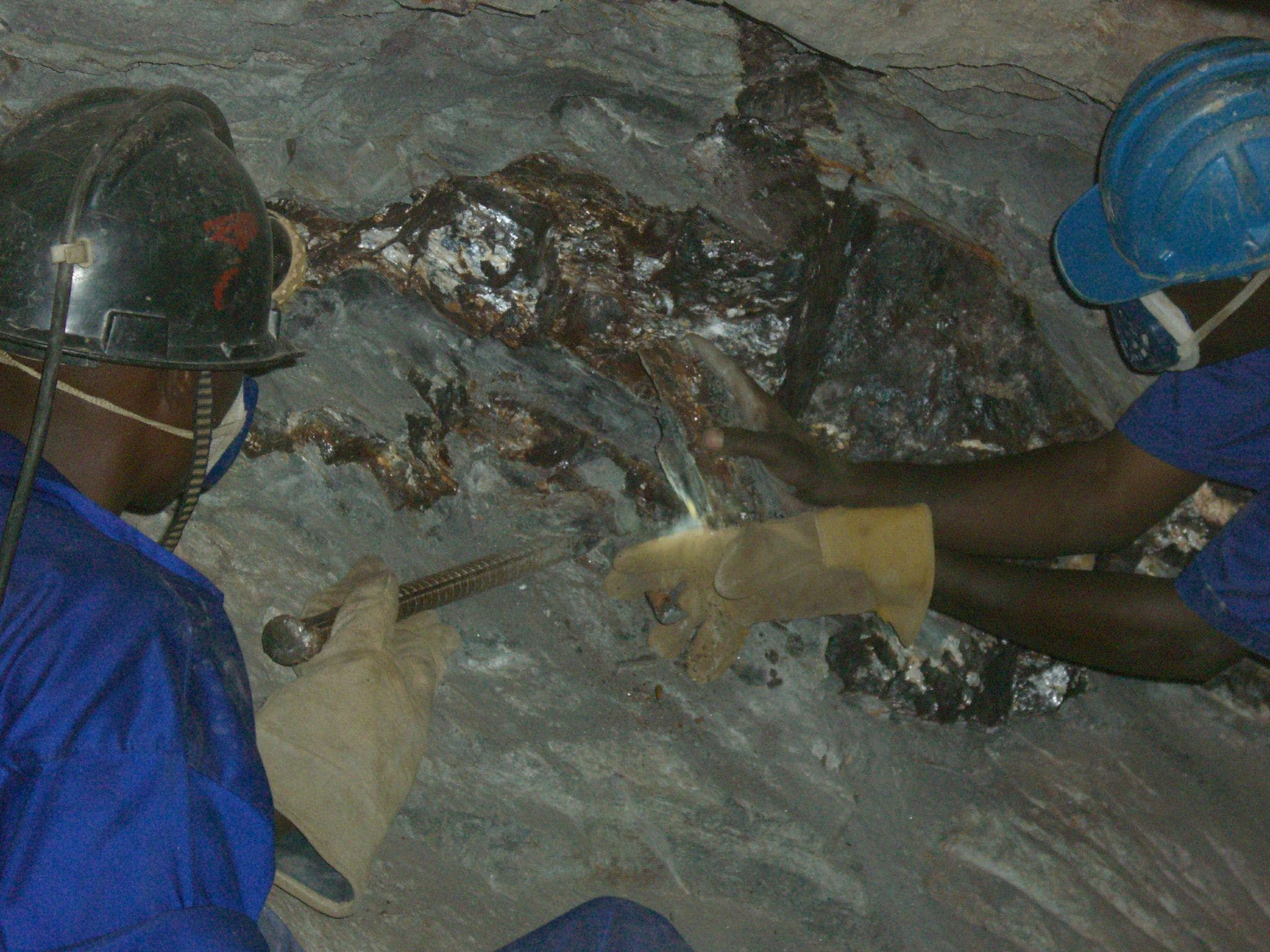 It’s possible to fingerprint mines based on the ore component, but only on a large scale. Engineers can tell whether tin came from a country in Asia or Africa, but not mines within the same region, and whether they’re controlled by militia or not.

“Once it leaves the smelter it’s so pure, that any kind of understanding of where it came from is maxed out,” Duran said. “What we rely on is transactional records. What did you buy to put into the refining process, and what did you sell?”

Auditors look at line-item summaries of where and how smelters collect the minerals for processing. If the smelter has enough ore coming in to produce 40 tons of material, but are only selling 60 tons, something is amiss. So far, the company has met with more than 100 smelters in 21 countries, and is part of the Conflict-Free Sourcing Initiative, an organization that certifies conflict-free mines based on third-party audits.

Additionally, Duran said, not all the smelters Intel has met with are producing ore for manufacturing along its supply chain. The company funds audits for smelters to support “the bigger picture.”

“We’re not looking at this as something a business or industry can fix,” Duran said. “It needs people and government support in the region, and governments around the world all fueling the process. Our only piece of this is trying to take the revenue away from the bad guys.”

Already, governments outside the DRC are intervening to prevent the production of conflict minerals and cut off revenue streams for militia in the region. Legislation that requires companies to report and audit supply chains using conflict minerals was signed into U.S. law as part of Section 1502 of the massive Wall Street reform law called the Dodd-Frank Act in July 2010. Similar legislation is pending in Europe, and China recently adopted voluntary guidelines for conflict minerals.

Eradicating the production of conflict minerals seems like a noble cause, and one that would benefit the region and its workers. But what people in the DRC call “Obama’s Law” might not be benefitting the people its meant to protect, causing job loss and forcing more people into violence, according to a report in the Washington Post. 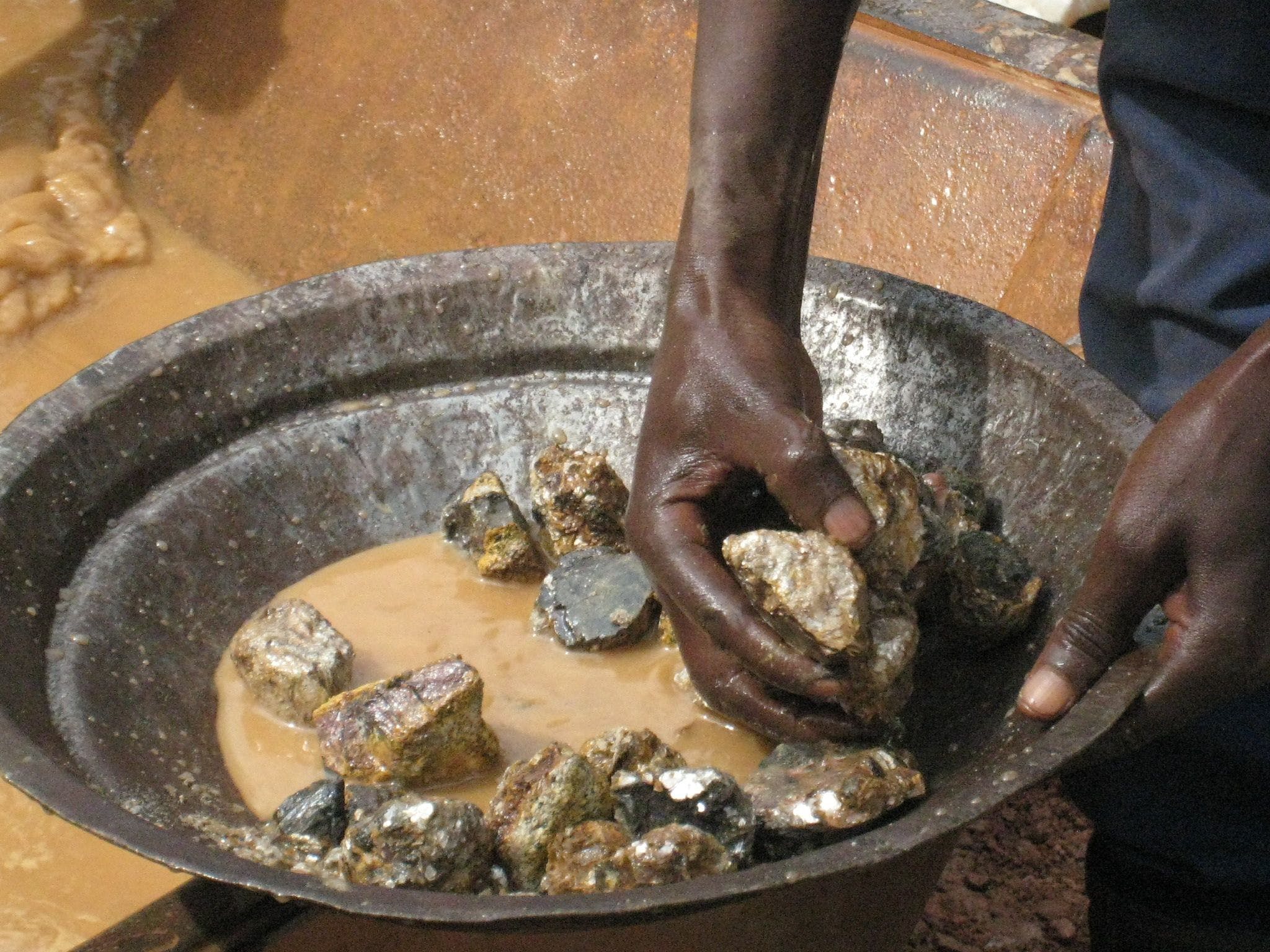 Cassiterite (the primary ore of Tin) rocks from the Rutongo Mine near Kigali, Rwanda. (courtesy of: Peyser/RESOLVE)

In 2014, a group of 70 Congo and Congolese experts ranging from professors to policy makers to activists wrote an open letter to the U.S. government, tech companies, and organizations impacted by the issue of conflict minerals. Signatories describe how policies fundamentally misunderstand the conflict in the region and mining’s ties to militia violence. The letter claims that few stakeholders and individuals actually impacted by new international policies had any say in enacting them.

According to the United Nations, Congo has $24 trillion worth of untapped mineral reserves. Critics of current conflict mineral policy-making say that only a small portion of the country’s violence is linked to minerals, and they are just one source of revenue that funds violent groups.

The ability to exploit and profit from minerals is often a means to finance military operations to address these issues, rather than an end in itself. Internal UN assessments, for instance, show that only 8% of the DRC’s conflicts are linked to minerals, and specific motivations vary greatly across the vast array of different armed groups.

Second, armed groups are not dependent on mineral revenue for their existence. The eastern DRC is a fully militarised economy, in which minerals are just one resource among many that armed groups – and the national army FARDC – can levy financing from. The M23, until recently the most powerful non-state armed group in DRC, never sought physical control over mining activity.

Because of new policies levied against tech firms and their ilk, some companies are pulling their supply chains out of the DRC entirely, driving miners out of work. After Dodd-Frank was signed, Congo shut down mines—both militia-controlled and conflict-free—for six months. In a 2014 piece documenting the conflict mineral landscape, the Washington Post describes how a 16-year-old boy left to join the militia for the promise of food after he and his father could no longer make enough money through mining. 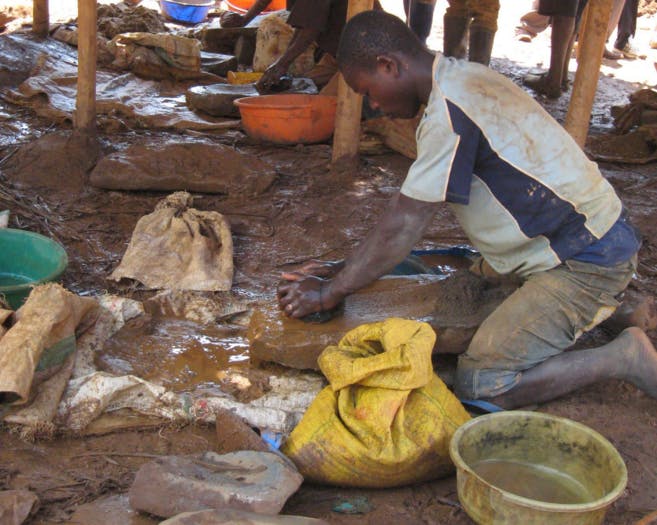 Gold-laden pebbles, fresh from the Chien Mechant Mine, are crushed into silt in preparation for gold panning in the Lubona Village, Democratic Republic of Congo.(courtesy of: Peyser/RESOLVE)

Critics’ complaints stand in stark contrast to the narrative tech companies espouse. In an opinion blog post for The Hill, Per-Olof Loof, CEO of electronics manufacturer KEMET who testified at the House Financial Services Committee’s Monetary Policy and Trade Subcommittee in November, responded to the criticism, and said that socially sustainable sourcing has benefitted the company and the community.

Prior to our involvement in Kisengo, their mining process was old-fashioned and the community didn’t have access to basic needs such as: infrastructure, clean water, and stable health and educational resources. Our investments have mechanized the mine, making it more efficient and safer. We built a new hospital for the mineworkers and the people of Kisengo – over 14,000 cases have been treated in the last 16 months.

Intel did not respond to a request for comment about the Dodd-Frank Act by press time.

It’s an ongoing and complicated issue to be sure, and while tech companies are working to stabilize mining and ensure the right manufacturers are getting business, detractors claim that stepping into conflict areas without a more comprehensive knowledge base is hurting the region.

For Intel, going conflict-free across all products is smart business. The company conducted a survey among 500 millennials, and discovered that while just 35 percent of those surveyed knew what conflict minerals were, a full 67 percent of millennials said they were more likely to buy conflict-free products after learning about the issue. And the company acknowledges that it’s a group effort between industry, policy, and humanitarian leaders to figure out the best ways to get it right.

Duran said eradicating conflict minerals from products is just one goal the company is undertaking. She said Intel is working on improving the supply chain to target more human rights efforts including working conditions.