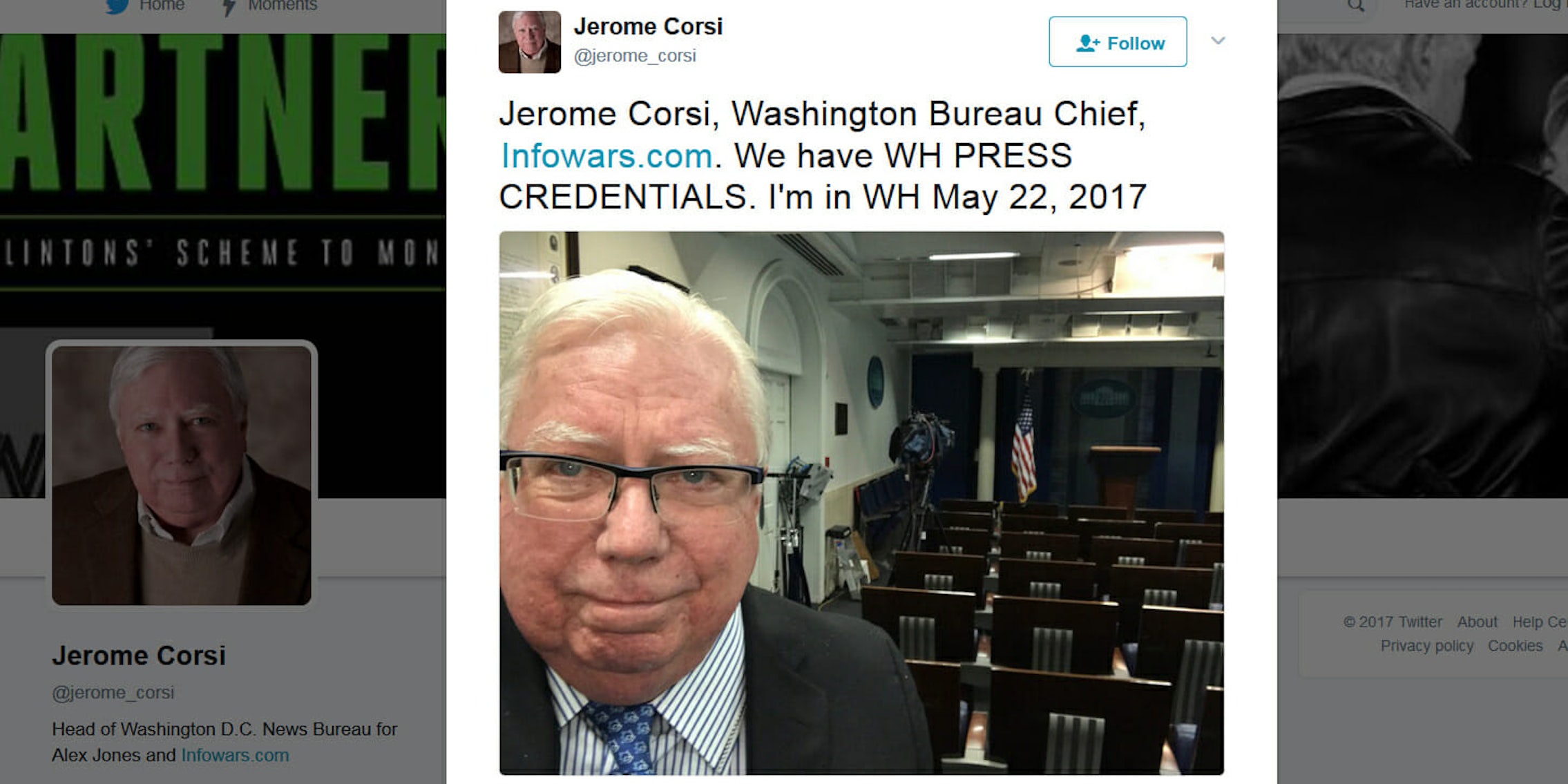 InfoWars called it an 'epic blow to the mainstream media’s control of the narrative.'

The website—which has promoted the false theory the 2012 Sandy Hook Elementary School shooting was faked, among unnumbered other conspiracy theories—announced that its D.C. bureau chief, Jerome Corsi, has been granted access to the White House.

Corsi posted a photo on Twitter of him in the White House briefing room.

Corsi wrote a book perpetuating the lie that former President Barack Obama was not born in the United States.

InfoWars posted a story about the credentials on Monday, calling the press pass an “epic blow to the mainstream media’s control of the narrative.”

However, the pass appears to only be for the day—something even high school students can get.

CONTEXT: @infowars was given a day pass White House credential, not a permanent press pass. High school students can apply for day passes.

Despite this, several journalists and even Sen. Chris Murphy (D-Conn.)–who has repeatedly tried to expand gun control laws in light of the Sandy Hook shooting in his state–were not happy with the news.

I want to throw up. @POTUS has granted legitimacy to a group that believes Sandy Hook was a hoax carried out by paid actors. https://t.co/uMBuIqNMUb

Don't let this get buried: the WH is normalizing Infowars, where 9/11 was an inside job & Sandy Hook never happened: https://t.co/JXBRvs1O0L

In January, Jones claimed the website had been offered credentials, but that was shot down by the White House Press Office.

InfoWars is also reportedly a source of news for President Donald Trump. Jones says he received a call of thanks from Trump after he won the election.

In fact, Roger Stone, a known close associate of Trump’s and a former member of his campaign team, is a frequent guest on InfoWars.

Federal investigators reportedly looked into connections between a Russian government-controlled botnet and InfoWars and similar websites.