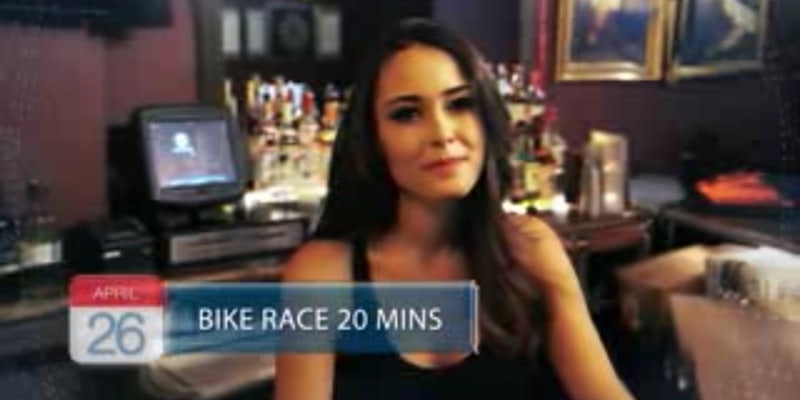 Pick-up artistry in the age of Google Glass

All the hard work of meeting women and having a genuine conversation is gone. Well, if you have enough money.

If Google Glass weren’t already annoying people before even being released, there are several competitors on the horizon. Back in August, the ominously-named NYC-based company Infinity Augmented Reality released a “concept” video that explained why their product would run circles around ol’ Google Glass:

“By using Infinity AR’s software platform it will enable the use of such applications as facial, voice, and mood recognition. This futuristic phenomenon actually knows what you are doing, what you want, and when you want it based on information received from the connection to your smartphone or other mobile device.”

In the video, a man pads around his loft before getting dressed and unlocking his Porsche with his mind-cam, then driving to a pool hall to challenge a villain from a Bond movie to a game.

The only time a woman is featured in this future hellscape is when the bro-bot approaches the bartender and scans her face to reveal her Facebook info, before ordering a drink. His faceputer also knows her astrological sign, and he uses that info to shift into pickup artist mode. A voice analyzer picks up that she’s “intrigued,” and later, he invites her over to his apartment, where he offers her a glass of Sauvignon Blanc. He already knows it’s her favorite, because of his creep specs, so basically all the hard work of meeting women and having a genuine conversation is gone. Well, if you have enough money.

This isn’t another sequel to American Psycho, but it should be. Augmented reality glasses and wearable tech will be big in 2014, with Google Glass, Infinity AR, and the California company Meta all launching products. The latter is fine-tuning a pair of $3,000 3-D glasses that aim to replace laptops and tablets. We’re already living in a world where anyone with $35,000 can buy an Iron Man suit.