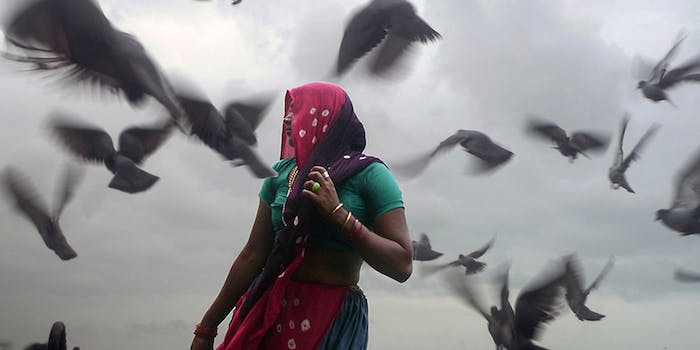 While the official documentary has been taken down, mirror versions keep popping up.

A reportedly banned documentary tackling the gory subject of gang rape in India can now be seen on YouTube.

As part of its Storyline documentary series, BBC has produced India’s Daughter, a film directed by Leslee Udwin about Delhi woman Jyoti Singh, the victim of a brutal gang rape who died from her injuries after her assault in 2012.

The controversial documentary includes an interview of one of the rapists, who was incarcerated with three other suspects and given the death penalty by the Indian government. While some parts are hard to watch, the film is beautifully shot, and it sheds light on the underreported issue of sexual assault in India.

I have no words after watching India's Daughter.

Despite the positive portrayal of the Indian government’s swift response to the rape, India’s parliamentary officials wanted the movie banned, calling it “an international conspiracy to defame India.” The Guardian reported that Udwin left India after the film was released, fearing that she might be arrested.

Although the film was originally slated to air on March 8 for International Women’s Day, the BBC aired it March 4 following the outcry from the Indian government. Since then, multiple recordings of the documentary have gone up on YouTube, despite Indian officials’ best efforts to remove all traces of the documentary online.

In addition to threatening the BBC with legal action for airing the documentary, the Indian government is also continuously petitioning YouTube to take down copies of the film. The BBC seems to be slowly complying, as a copy that was active earlier today is now down due to copyright claims. 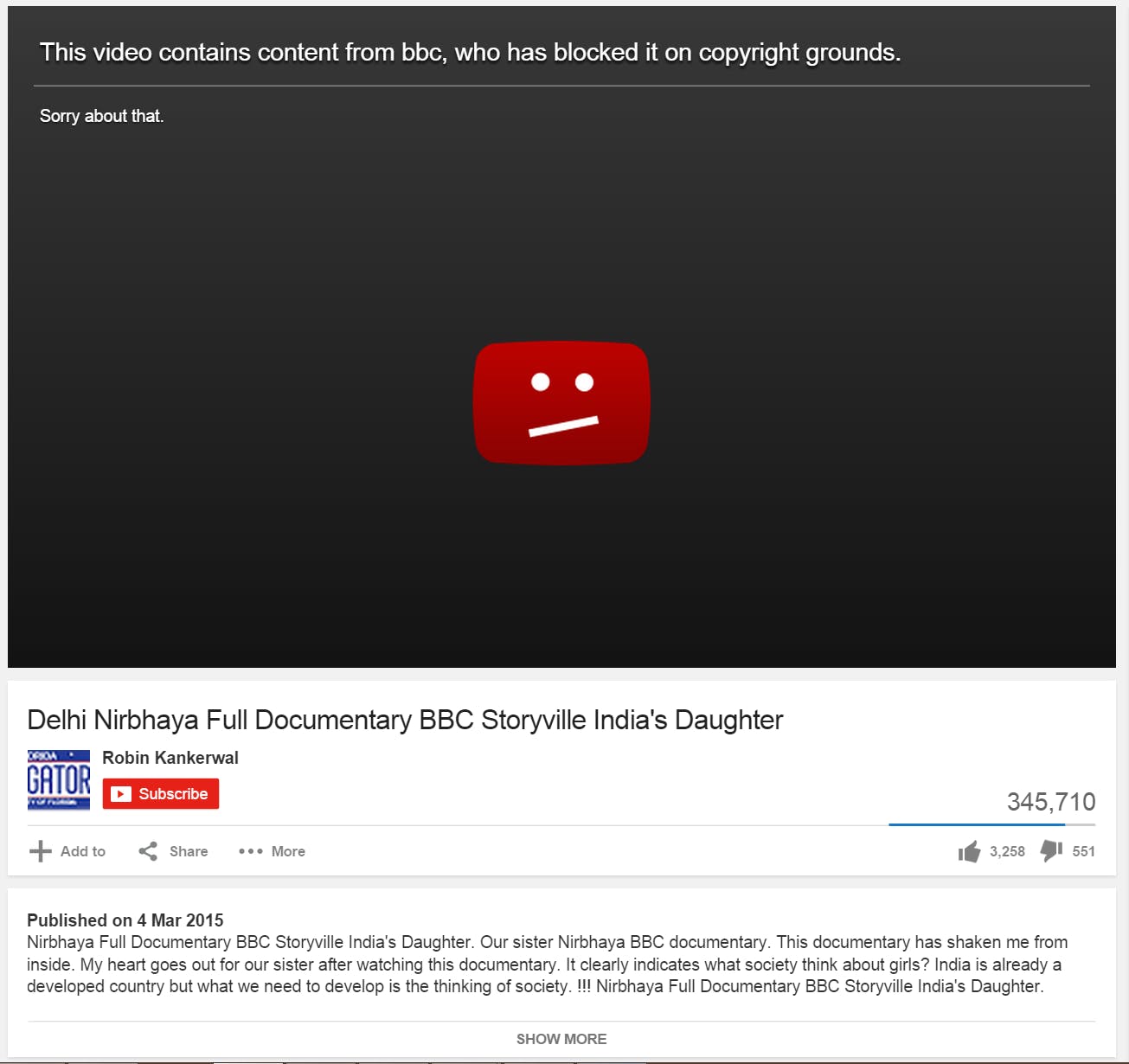 You can still find a few stray copies of India’s Daughter by searching on YouTube. Here’s one we found that has yet to be taken down.

Update 12:32pm CT, Mar. 6: YouTube link to the video above has been changed, as the previous one was also taken down due to copyright claims.H/T The Guardian | Photo via Anorag Agnihotri/Flickr (CC BY 2.0)