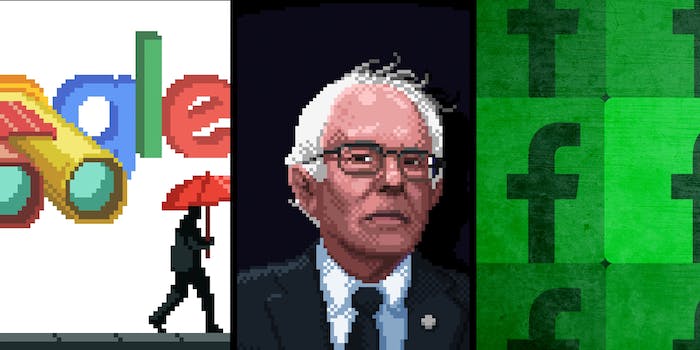 Important news you may have missed on Monday, Sept. 19.

Here’s some news you may have missed today:

Bombing suspect Ahmad Rahami, 28, was captured in New Jersey following a shootout with police at approximately 11am ET on Monday. Rahami was seen in surveillance footage taken at the site of a blast that injured 29 people in Manhattan’s Chelsea neighborhood.

Police in Denver spent $30,000 in May on software to monitor social media, according to official records obtained by the Daily Dot. The software, which can suck up data from at least a dozen social media platforms, was purchased using confiscated funds. While the software has numerous practical applications, its use has alarmed many privacy advocates who believe it may have an effect on First Amendment activities.

Several Miami Dolphins players took a knee at a game on Sunday during the national anthem, continuing a protest that has drawn both praise and scorn from enthusiasts of sport and displays of national loyalty.

You have control (some) over what kind of information Google collects about you. Check out our handy guide to stopping Google tracking.

The 2016 election is historic for many reasons, chief among them: Most people don’t like either of the leading candidates. A number of polls suggest Sen. Bernie Sanders, who dropped out of the race in late July, may be the most popular national politician in America.

Can someone please get this guy a friggin’ hot pocket?!

The U.S. government should “create incentives for individuals, companies and governments to find software vulnerabilities, publicize, and patch them, and thus reduce the risk of attack.” -via Adam Segal, Council on Foreign Relations

Three percent of adults in America own half of the country’s guns, according to the results of a new Harvard-Northeastern study. –via Christopher Ingraham, Washington Post

Police in Connecticut accidentally recorded themselves conspiring to fabricate criminal charges against a protester. -via Jay Stanley, ACLU

Just in case you were still wondering, the “Five-Second Rule” for food dropped on the floor is untrue, according to some microbiologists. -via Chistopher Mele, New York Times