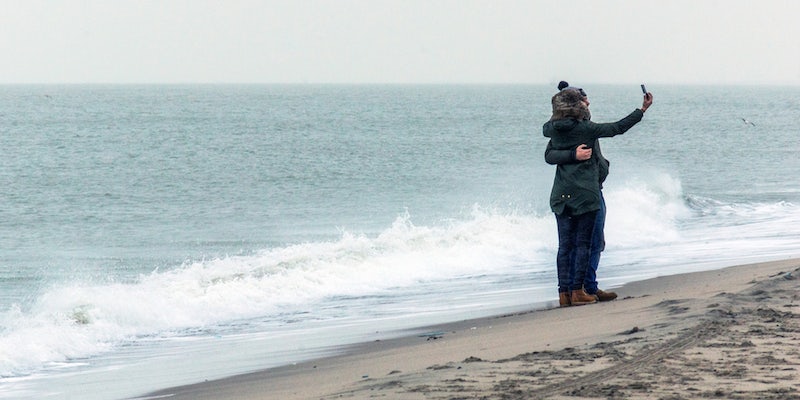 You can now use Instagram’s Hyperlapse for selfies

There's a new kind of selfie in town.

Here’s an announcement that would have sounded like gibberish five years: Instagram now lets you take Hyperlapse selfies.

Starting today, you can use your front-facing camera when taking a Hyperlapse. Learn more about #selfielapse here: https://t.co/Z8Bk5q02G8

When Instagram released Hyperlapse, its first standalone app, in late August, it brought time-lapse photos videos to the mainstream. The main app had over 200 million users as of March, and the addition of slowed-down videos added a new dimension to the variety of media available on the site. (In the same March blog post, the company revealed that there were over 20 billion photos on the site at the time.)

The Instagram help page for Hyperlapse selfies explains that users simply need to tap the camera-switch button while in Hyperlapse mode to record what the company—perhaps unwisely—calls a “selfielapse.”

“Keep in mind that you can’t switch between selfielapse and Hyperlapse while recording a video,” the help page warns.

Photo via Edo Dijkgraaf/Flickr (CC BY 2.0)