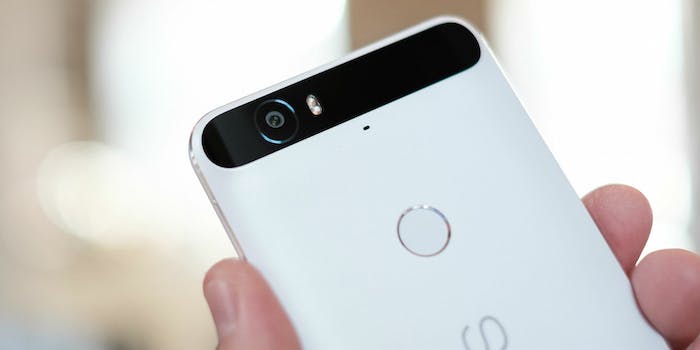 The company claims it doesn't pose a risk to users.

According to CNBC, the six officials, including heads of the CIA, FBI, NSA, and the director of national intelligence, publicly criticized the companies during a Senate Intelligence Committee hearing on Tuesday. They believe telecom and device makers Huawei and ZTE are working with the Chinese government to spy on U.S. citizens.

“We’re deeply concerned about the risks of allowing any company or entity that is beholden to foreign governments that don’t share our values to gain positions of power inside our telecommunications networks,” FBI Director Chris Wray testified according to CNBC. He added, “It provides the capacity to maliciously modify or steal information. And it provides the capacity to conduct undetected espionage.”

Huawei responded to the accusations with a defense it’s given multiple times over the years.

“Huawei is aware of a range of U.S. government activities seemingly aimed at inhibiting Huawei’s business in the U.S. market,” the company said in a statement to CNBC. “Huawei is trusted by governments and customers in 170 countries worldwide and poses no greater cybersecurity risk than any ICT vendor, sharing as we do common global supply chains and production capabilities.”

Huawei, the third most popular smartphone vendor in the world by market share, has been under the U.S. government’s radar for years. Politicians have labeled Huawei “effectively an arm of the Chinese government” and successfully banned it from bidding on U.S. government contracts in 2014. Lawmakers are now considering enforcing the so-called Defending U.S. Government Communications Act, an attempt to ban government employees from using Huawei and ZTE handsets.

But it’s not just mobile devices the U.S. is worried about. Huawei is the largest telecom infrastructure company in the world, a position U.S. officials believe it reached by distorting pricing and using preferential financing. Congress already barred the company from installing its infrastructure in the United States under the suspicion that it’s harboring espionage software. Additionally, President Donald Trump’s National Security Council is reportedly considering a government-run 5G network to prevent Huawei from dominating wireless infrastructure and allegedly assisting the Chinese government.

Many Americans first heard about Huawei after Google partnered with it on the Nexus 6P, a highly touted smartphone released in September 2015. The phone gave Huawei a foothold in the U.S., which it has since expanded with the release of budget and midtier phones. But despite selling high-value products, the Chinese telecom giant has failed to put pressure on the likes of Apple and Samsung in part due to the U.S. government’s clampdown.