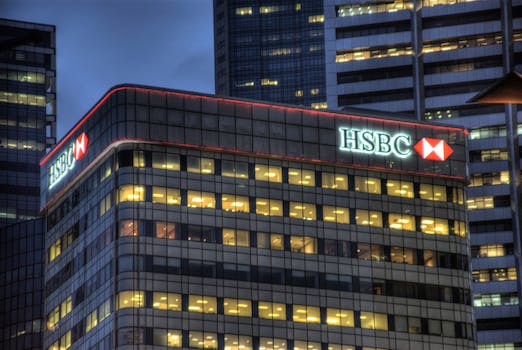 In a sweeping international investigation, more than 140 journalists from around the world collaborated to disclose how one of the world’s largest financial institutions helped clients hide hundreds of millions of dollars from tax authorities and indirectly profited off of arms trafficking, blood diamonds, torture, and genocide.

It’s being called the Swiss Leaks: a massive trove of nearly 60,000 secret documents obtained by the International Consortium of Investigative Journalists (ICIJ) that expose the underbelly of the Swiss branch of HSBC.

In total, the files relate to account holdings of more than $100 billion. With unprecedented coordination, journalists in 45 countries are breaking stories and shining a rare light on the underhanded procedures of a financial institution that has facilitated the wealth of men who’ve profit from mass murder.

Among HSBC’s clients are rock stars, royals, sports legends, Hollywood actors, and corporate executives. Others have been tied to totalitarian regimes, such as that of former Egyptian president Hosni Mubarak and current Syrian ruler Bashar al-Assad. Current and former politicians from countries such as Britain, Russia, Kenya, Mexico, Tunisia and Zimbabwe are also included. Some are sought by authorities for heinous crimes and currently occupy Interpol’s prestigious Most Wanted list.

For example, the Swiss Leaks documents indicate that, after the United Nations found that Aziza Kulsum, widely known as “Madame Gulamali,” financed the bloody Burundian civil war,  HSBC maintained her and her family’s accounts. Kulsum is known for the illicit export of coltan ore, as well as running guns to Hutu rebels in Burundi and the Tutsi-led army of Rwanda during the 1990s, a period of boundless genocide.

The ICIJ reports that accounts maintained by HSBC are connected to a front company used to traffic arms to rebels who recruited child soldiers during a conflict the 2003 Liberian conflict.

Notes on one account detail how, in 2005, HSBC staff met with customer Shailesh Vithlani in Tanzania to advise him on investments. Vithlani was allegedly the middleman in a deal between British arms company BAE and the Tanzanian government that involved a secret payment of more than $12 million into a Swiss bank.

South African businessman Fana Hlongwane is another HSBC account holder linked to BAE. According to the U.K. Serious Fraud Office, he was paid through various offshore intermediaries for promoting arms sales.

According to ICIJ, the files also revealed an account held by Selim Alguadis, a Turkish businessman the U.S. government claims supplied “sophisticated electrical goods” to Libya’s secret nuclear weapons project. Another account is held by Vladimir Antonov, who is currently facing trial in Lithuania over an alleged €500 million bank fraud. Other notable figures include Margulan Seisembayev, a Kazakh banker accused of looting the Alliance Bank’s assets; and Tancred Tabone, the former head of the Malta state oil company Enemlata, who is facing prosecution for demanding bribes.

The financial holdings of U.S. business figures and political donors also appear in the files, including that of Donald Sussman, husband of Rep. Chellie Pingree (D-Me.), whose spokesperson told the Center for Public Integrity that Sussman did not own the account listed, “had no involvement in the funds’ management,” and that the fund was created before Sussman married Rep. Pingree; Victoria Secret owner Les Wexner, who donated $250,000 to a super PAC supporting former Republican presidential candidate Mitt Romney; and the Israeli diamond-dealing Steinmetz family, who paid “generous allowances for speeches and other services” to former New York City Mayor Rudy Giuliani.

As history has repeatedly shown with important leaks of this magnitude, a whistleblower is almost always key. In this case, Hervé Falciani, once an IT expert at HSBC’s Swiss bank, has been revealed as the source of the documents.

According to Falciani, he stole the documents in 2006 while employed by the HSBC Private Bank in Geneva. The files he viewed while implementing a new Customer Relationship Management (CRM) system exposed how bank employees offered a wide range of services—some of them illegal—which were aimed at helping clients avoid paying taxes in their home countries.

Both HSBC and the Swiss authorities refute claims that he attempted to alert them to the data issues. Falciani claims that in 2007 he was briefly abducted by men claiming to work for Israel’s Mossad intelligence service. He later traveled to Lebanon, where it’s alleged he attempted to sell the data. Falciani then reportedly offered to share a client list of tax evaders with authorities in France, Germany, and the U.K.

In December 2008, Swiss police planned to arrest Falciani, but he and his family eventually successfully fled to France. After reaching out to the French authorities and supplying them with five DVDs worth of data, they declined to extradite him back to Switzerland. Instead, they used the wealth of information he provided to launch their own investigation into thousands of tax evaders. He is now a resident of France under the government’s protection.

In December 2014, the Swiss Attorney General indicted Falciani in absentia on charges of industrial espionage and violating bank secrecy. The documents he leaked have led to criminal investigations and charges against HSBC in France, Belgium, Argentina, and the United States.

To date, no charges have been filed by authorities in Britain, where the bank is headquartered.