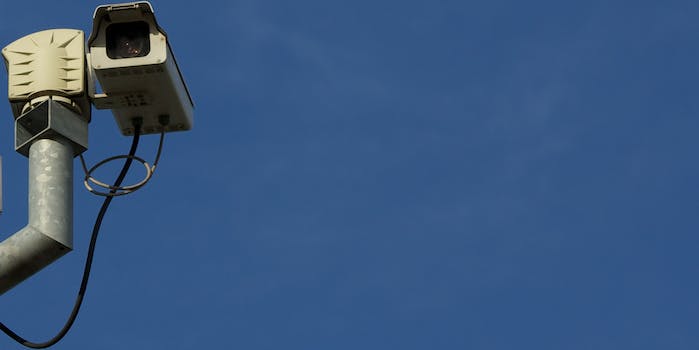 How to tell if you’re on the Terrorist Watchlist

Kidnapping a Supreme Court justice is a no-no—who knew?

On Wednesday, the Intercept, best known for its string of scoops based on documents leaked by former National Security Agency contractor Edward Snowden, dropped its latest bombshell. (This one does not appear to come from the Snowden archive, however.) The piece is an analysis of a 166-page document entitled “March 2013 Watchlisting Guidance,” which outlines the procedures for putting someone on the terrorist watch list or no-fly lists.

The document—which is technically not classified material, but both Obama and Bush administration officials have steadfastly refused to make public due to national security concerns— is an alphabet soup of acronyms and vaguely defined terms like “fragmentary information,” and slippery definitions like ?suspected terrorist.” Even so, it manages to paint a relatively clear picture of the types of things that could make the government believe someone might be a terrorist, or even just stick them on the Transportation Security Administration’s no-fly list.

The Daily Dot has gone through the document and pulled out a handy (albeit incomplete) list of things the government lays out as possible reasons for inclusion on the list. The document also provides a run-down of things that, in and of themselves, aren’t sufficient to get some places on the watch list.

Actually determining with any certainty if you’re on the list can be difficult. The document states that, “the general policy of the U.S. government is to neither confirm nor deny an individual’s watch-list status.”

One method is to try to get on an airplane, see how intensely you get searched, or if you get turned around entirely, and then draw your own conclusions from there. If you have issues and think you may have been added to the list erroneously, the Department of Homeland Security’s Travel Redress Inquiry Program has a website where people can make attempt to clear up the issues they experience while traveling.

However, submitting an inquiry doesn’t necessarily mean anything will happen—getting approval to remove someone from either the no-fly list, terrorist watch list, or both, requires the explicit approval of every agency that contributed information on the individual in the first place. The Intercept reports that the review process for no-fly list placements aren’t overseen by an external entity such as a court. Additionally, someone who submitted a request through the program won’t necessarily be told if their inquiry was successful.

Death isn’t even a guaranteed way to get removed from the list. The document notes that terrorists often assume the identities of their deceased associates. As a result, dead people whose names are on the list won’t necessarily have their names removed after they’ve been buried.

Since the watch list is shared with well over a dozen law enforcement and intelligence agencies, being on the list could have serious consequences for a person’s life because the appearance of that red flag will likely color virtually every interaction they have a with a government official or database.

As Jeff Foxworthy might say: If you do any of the following things, the government just might think you’re a terrorist (or at least stop you from getting on a commercial airplane flight):

• Commit or plan to commit “violent acts or acts dangerous to human life, property or infrastructure” that appear intended to intimidate or coerce a civilian population, influence government policy or conduct.

• Be arrested or convicted for terrorist activity anywhere in the world.

• Provide a safe house, transportation, communication, funding, fake IDs, or explosives to terrorists or in support of terrorist activities.

• Write something suspicious on Facebook or Twitter. “Single source information, including … postings on social media sites … should not automatically be discounted merely because of the manner in which it was received.”

• Be an immediate family member of a suspected terrorist.

• Be classified as a terrorist by a United Nations Security Council Resolution declaring Al Qaeda, and its associated organizations, a terrorist group.

• Attend a school or other institution identified as teaching an ideology that justifies the unlawful use of violence or violent extremism.

• Repeatedly meet with individuals identified as teaching or espousing an ideology that includes the justification or the unlawful use of violence or violent extremism.

• Associate with any group that any department allowed to nominate individuals to the list believes may be connected to terrorism. Although, “neutral associations like janitorial, repair, or delivery services of commercial goods,” likely wouldn’t qualify as a significant enough association to qualify for addition to the list.

• Incite others to commit acts of terrorism—even if the acts never actually occurs. “Normally, speech will not rise to the level of ‘inciting’ unless there is a clear link between the speech and an actual effort to undertake terrorist activity.”

• Participate in threats against the United States that involve nuclear or weapons of mass destruction.

• Damage a protected computer used in interstate or foreign commerce, by a financial institution or by the U.S. government.

• Commit an act of violence against a mass transportation system.

• Publicly show sympathy for or support a designated terrorist organization—but, “if support is merely ideological in nature, the individual should not be nominated.”

• Travel to a “locus of terrorist activity” without having an obvious lawful or legitimate purpose for doing so.

• Carry a weapon or explosive device aboard an aircraft.

• Manufacture or selling drugs to finance a terrorist group.

• Publicly express the desire to martyr yourself.

• Possess, handle, use, manufacture, sell or transfer improvised explosive devices or other chemical, biological, radiological or nuclear devices—even if you have no direct connection to terrorism or terrorist activities.

• Be identified as having a connection to terrorism from material obtained during military raids or otherwise obtained by intelligence agencies.

• Act as a spokesperson for a terrorist group or a group that endorses or espouses terrorist activity.

• Be held for any length of time at the Guantanamo Bay pris on, unless the president personally certifies in writing that you pose no threat to the United States.

Conversely, if you do any of the following things, in and of themselves, the government might not necessarily think you’re a terrorist:

• Carry placards in a parade.

• Send letters to the editor of a newspaper.

• Put a bumper sticker critical of the president on your car.

• Attend a religious service at a house of worship.

• Writie a letter to Congress.

• Lobby Congress for a political cause.

• Be a head of state or a foreign government official suspected of supporting terrorism, but having been granted a waiver by the department of Customs and Border Protection in coordination with the State Department.

Just remember, as the Watchlist Guidance says: “The right of protected free speech, however, is not unlimited and may not extend to some lawless action.”

Photo by Frederick Jacobs/Flickr (CC BY 2.0)