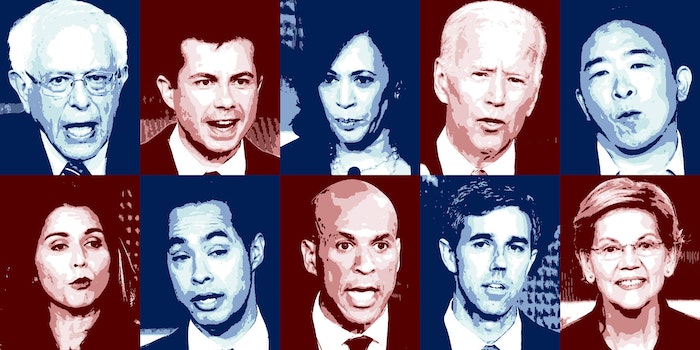 How to watch the fourth 2020 Democratic debate

Here's how to watch tonight's debate.

Many of the Democrats hoping to take on President Donald Trump during the 2020 election will take part in the fourth 2020 Democratic debate tonight.

Like the last debate in September, the candidates will not be split into two nights like some of the earlier debates. There will be 12 candidates trying to make their case tonight.

This debate is hosted by CNN and the New York Times.

Here’s what you need to know about the fourth 2020 Democratic debate:

What time is the fourth 2020 Democratic debate?

The debate will be held at Otterbein University in Ohio.

The roster of candidates will be similar to the September debate—with two people joining the 10 that duked it out last month: businessman Tom Steyer and Rep. Tulsi Gabbard (D-Hawaii).

Candidates needed to reach at least two percent in four polls sanctioned by the Democratic National Committee and get contributions from at least 130,000 unique donors, including at least 400 donors from 20 different states.

Earlier this month the order in which the 2020 hopefuls would stand at their podiums was announced.

From left to right the roster includes:

How to watch the fourth 2020 Democratic debate

It will also be available on the two news outlet’s apps for Apple and Android and streaming devices like Roku, Amazon Fire, Chromecast, and Apple TV.

It will also air on CNN, CNN International, and CNN en Español, according to CNN.