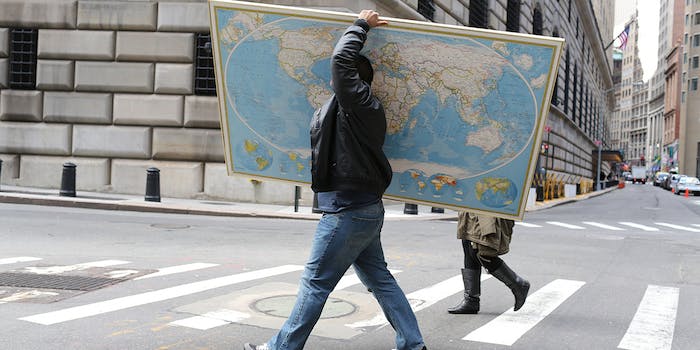 Want to start your own country? Here’s how

Ever wish you and a few thousand of your closest friends could just pack it all up, leave it all behind, and start a brand new colony? One guy and his friends did just that.

Meet Liberland, a mirco-nation of 250,000 friends who got together, stuck a flag in the ground on some land between Croatia and Serbia that apparently neither government gives a damn about hanging on to, and said this our country now. No coup. No war. All they had was some organization, branding, a constitution, and the help of a little document called the 1933 Montevideo convention.

Testtube, a Discovery Digital Network, released a video tutorial tempting anyone unsatisfied with their current homeland to simply make their own.

Declarative theory says any territory which declares itself sovereign is.

So what will you need?

No population is too small. This guy in Nevada who was tired of paying taxes stuck a flag in his front yard.

“Buy land. They’re not making it anymore,” Mark Twain joked. This is the tough part. Since there’s virtually no land left that you won’t have to pay taxes on (which means you’re not your own nation), TestTube suggests building your own island. Or you can go where no one else wants to, like these people who started a country in the coldest place on earth.

What political system is right for your new nation? Are you going to be a down-ass dictator who rides in style or is socialism is more your speed?

4. The ability to communicate with neighboring states.

Apparently any method will do. Shout across your border. Swipe right. Just let your neighbors know where your new nation stands.

This video from the same folks briefly overviews some of the territories attempting to stake out their independence from the larger nations that still want their money. (Wasn’t there some other young group of startups a couple years back who said they were tired of paying taxes and went into business for themselves? How’d that work out?)

If you do decide to create your own country, we’re eager to help with your diplomatic relations.