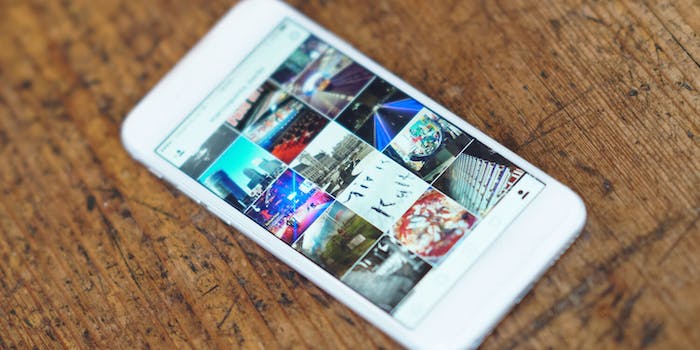 Embarrassing photo roll? Here’s how to hide photos on your iPhone

Not everything in your Camera Roll is meant for public consumption.

Today, nearly everyone has a phone in their pocket and the freedom to store as many images as they want. Naturally, this has resulted in people taking photos of anything and everything, including things they don’t want anyone to see. Ask yourself “would I let a parent go through my phone without handling a few things first?” See what we mean? Thankfully there is an easy solution, especially for iPhone users. Here’s how to hide photos on an iPhone.

How to hide private photos on your iPhone

1) Hide them in the Photos app

Starting with iOS 10, Apple added the ability to hide iPhone photos within the Photos app. However, just because you hide them using this method doesn’t mean they can’t be easily found.

Here’s how it works. Photos and videos hidden in the Photos app will no longer appear in your Moments, Years, or Collections view. This makes it easy to show someone your vacation photos without worries a stray nude or screenshot of a text you’re gossiping about surfaces. These photos are saved in a folder that is subtly titled “Hidden.” Even better, the Hidden folder has a cover image which is — you guessed it — one of your hidden images. It doesn’t make much sense. Still, when you’re trying to quickly organize your photos, this feature comes in handy.

To hide a picture or video in iOS, open the Photos app and select the file you want to hide. Select the Share icon, and scroll through the sharing options until you see “Hide.” Once you hit Hide, confirm you want to Hide Video or Hide Photo with another button press, and you’re done. You can find these files in the Hidden folder located in your Photo’s Albums section. 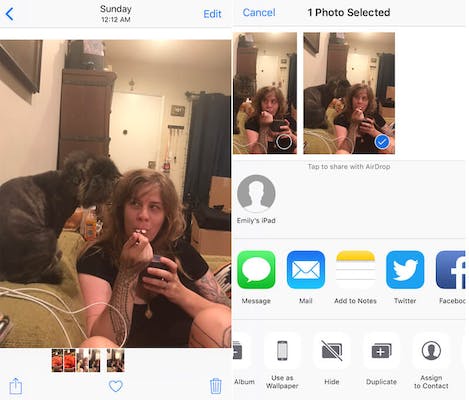 2) Hide them in a third-party app

If security is your most pressing concern, your best course of action is to download a third-party locker app. There are a host of options in the App Store, but our favorite is KeepSafe. What its name lacks in subtlety, the app makes up for in security. You can protect your files with a pin number, password, custom touch pattern, or Touch ID.

Once inside the app you’ll find options to create folders for photos and videos, use fullscreen and slideshow views, cloud sync across different devices, and more. You can create shared albums that are only available to download for a limited time or put passwords on albums within the app itself for another layer of protection. It even has a built-in camera for taking in-app pictures.

The vast level of customization and deep security features makes the app a potential identity saver on vacation. In case you lose your wallet, you can keep secure copies of your ID, credit cards, and driver’s license on your phone, hidden away from anyone who doesn’t have your logins. One note: Since KeepSafe has an attention-drawing name, we suggest hiding it in a folder on your iPhone. 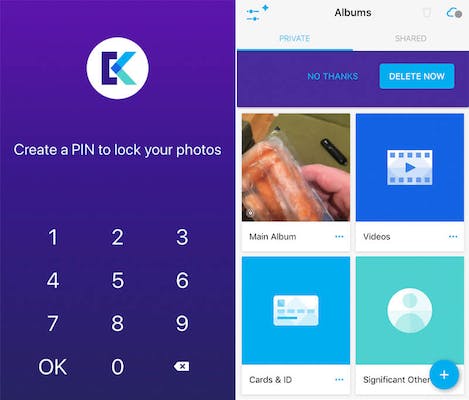 3) Hide them in Notes

Some users may value subtly over all else. Not everyone wants to draw attention to themselves by having such an obviously named app, like KeepSafe, on their phones. While it’s possible to hide iPhone photos in plain sight in Photos, that can be a little too in-plain-sight for our tastes. The Notes app provides a wonderful alternative hiding spot for your secret photos.

To save a photo to your Notes app, open Photos, open the photo you’d like to save, then hit the share button. Select “Add to Notes” from the available options. You’ll be prompted to add it to an existing note or create a new one. Pick your preference and it will be saved to your notes. Delete the picture from photos and you’re done. The only catch is you can’t save Live Photos in Notes. Any photos transferred will be saved as normal photos.

Once your photo has been moved you can add an extra level of security to the note you’re hiding it in with the lock feature. You can lock and password-protect any note by left swiping on the note and selecting the Lock feature. Notes can be unlocked with Face ID, Touch ID, or a password. Be aware that all locked notes in the Notes app can be unlocked with the same password. However, if you use Face ID or Touch ID the same thing is true. 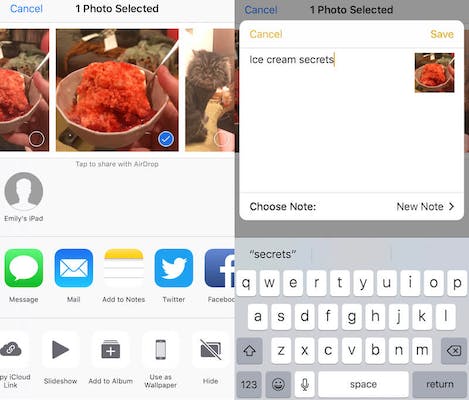 In theory, it is possible to hide pictures in your iWork apps but it’s not worth your time. The process is complicated and more importantly, it’s easy to destroy the quality of your files by saving them on a page that’s smaller than the original image. With all the perfectly useful ways to hide iPhone photos iOS, don’t risk ruining a prized photo by saving it in iWork.