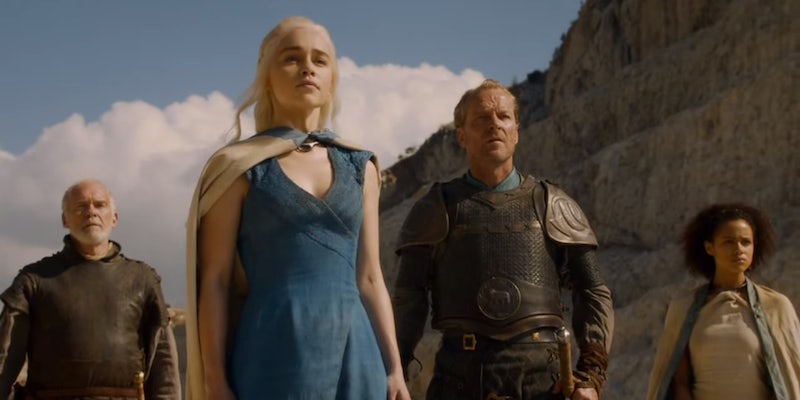 The Internet is dark and full of spoilers.

You could have never seen an episode of Game of Thrones in your life, but you probably already know what happened Sunday night. You could probably even name which character met his or her maker. But for many TV fans who weren’t able to watch the show on time, they found out the hard way (and perhaps not for the first time) that it sucks to go online before you watch that particular episode.

The debate about spoilers has been going on for as long as we’ve had online outlets to post them, and with Game of Thrones being an adaptation of a series of fantasy books that has been out for almost two decades, the etiquette of what even constitutes a spoiler gets even blurrier.

It turns into a circlejerk argument of “Don’t post spoilers” versus “Well, you shouldn’t have gone online when you knew there’d be spoilers.” It could be Game of Thrones, House of Cards, the new Captain America movie and Agents of S.H.I.E.L.D., or even reality TV. It doesn’t matter. It will happen again and again and again.

Even when Stephen King put in his two cents on the matter, his fans were split on whether to agree or turn their outrage towards him.

Come on, guys, it’s been in the books for 15 years or so, and the episode ran tonight.

We can always hope that our friends and colleagues won’t ruin things that we enjoy for us, no matter what show or movie we’re watching, but when it comes to the hottest thing on the social media water cooler, that’s not always the case. It’s a trending story on Facebook, the hashtags trend on Twitter, and it’s been GIFed to death on Tumblr.

Your best bet is to avoid the Internet until you can watch that particular episode, but if you are determined to not be driven offline by sheer fear of spoilers, we’ve got some tips for you to mute your friends, family, and colleagues. It’s simple, effective, and although you may be too late this time, hopefully you’ll be plenty prepared when it comes to the next big spoiler.

By using TweetDeck, you’re able to customize your feed and manage multiple accounts at once. Unfortunately, that also means there’s multiple chances of getting spoiled. Luckily, muting whatever you want is rather simple. Click on Settings and then Settings (yes, again), where you’ll find a Mute tab. Fill in whatever username, hashtag, or even word you want to avoid. In the spirit of the fury that hit the Internet Sunday, I tested with “Game of Thrones.” 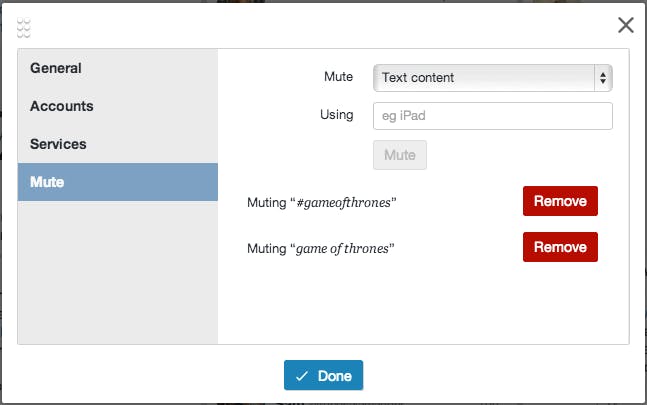 Generally speaking, I like to mute the name of the show and official hashtag (if there is one) and the names of any characters, episode titles, or teased events that I can think of off the top of my head. If it’s an adaptation, the original creator’s name is fair game as well. You can adjust accordingly.

If, however, you prefer to use the actual Twitter website, you’ll have to use a third party app. I’ve used many Twitter filters to various degrees of success in my quest to avoid spoilers, but the best one I’ve used is Open Tweet Filter. It’s a Chrome extension, and once you download it, it’s accessible and customizable directly from Twitter once you click the wheel. 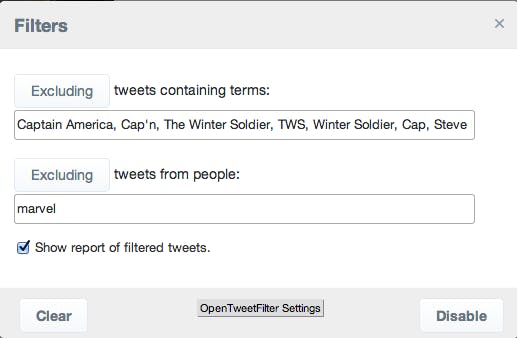 For example, I just saw Captain America: The Winter Soldier over the weekend but have yet to watch the accompanying episode of Agents of S.H.I.E.L.D. So my filter is currently full of potential CA and AoS key words.

It’s an oldie but a goodie. This extension allows you to block tags and keywords from your Dashboard. You can get to it from your Bookmarks Bar, at which point you can write down what you want to avoid as well as what you’d want to see no matter what. It also allows you to hide different words and possible triggers, so once your favorite show ends, it’s still there for you to use. 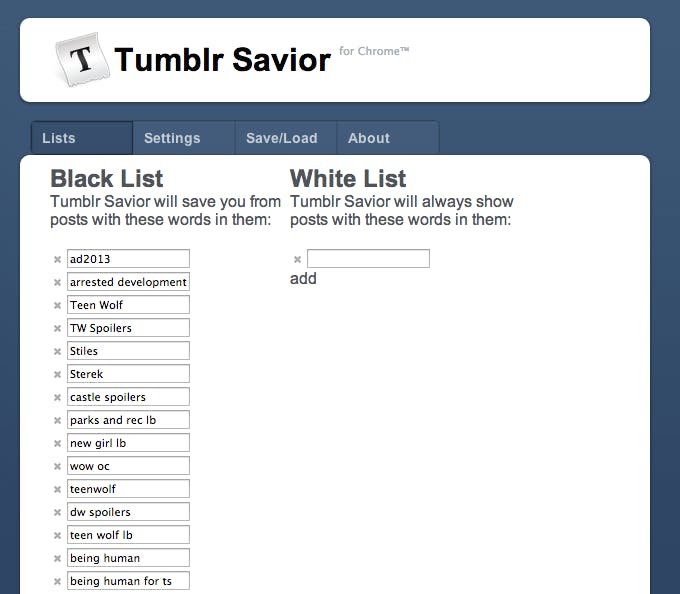 We’ve written about XKit before, but the open-source extension from the mysterious XKit Guy is a blessing. With a massive selection of in-app features to download, the Blacklist is just one of the many things it can do. Accessible from its own button at the top of your Dashboard, you can import your Tumblr Savior tags if you’re switching, or you can just add your own to hide.

And by downloading the Mute feature, you can hide users who aren’t tagging their spoilers until you’re caught up.

For me, Facebook is always the worst when it comes to spoilers. With this extension, you can hide just about anything you can imagine from spoilers to the idiotic trends that irritate you. Go to the top right tab > Tools > Extensions, where you’ll find your extensions. Click on “Options,” and the choice is yours. 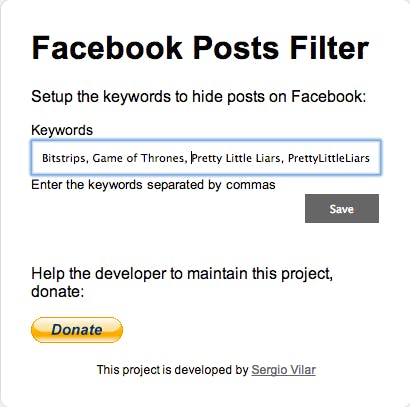 Or if someone spoils you anyway, you could always just unfriend them.

It’s all good and well to filter your social media, but what about the rest of the Internet? With an extension like Unspoiler, a solid red line will appear over the word, phrase, and even headline. You can access it from your Bookmarks Bar, where you can just type in the name of the show or character. The Extension suggests that you use it for TV shows, but I don’t see any reason why I can’t extend that to movies and other media I’m not ready to read about just yet. 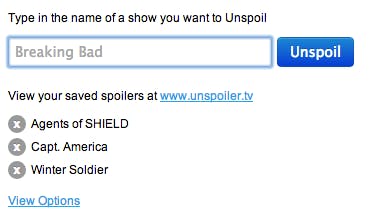 Unfortunately, the red line can work a little too well; if you’re trying to hide a show like Castle and look up old castles online, you’re going to run into some problems.

Befriend the Game of Thrones cast. They’ve got some creative ideas.