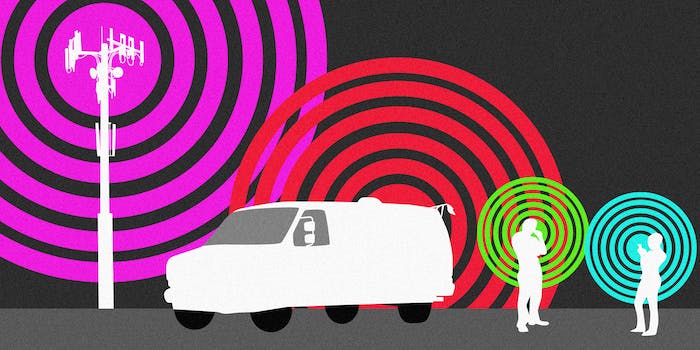 The devices can track and intercept cell phones.

A year-long bipartisan study exploring law enforcement use of Stingray surveillance devices is recommending Congress lay out legislation to oversee their use after uncovering widely varying policies across local and federal agencies.

The report, conducted by the House Oversight and Government Reform Committee, looked at how police use Stingrays and how authorities authorize their use. Researchers found wide variation in terms of the legal or regulatory framework applied and, as such, some law enforcement agencies may have been impeding on the rights of American citizens in spying on them without warrant or consent.

The powerful devices, also known as IMSI catchers or cell-site simulators, can turn a normal cellphone into a wiretapped tracking device. The technology, deployed by both police departments and federal agencies, works by pretending to be a cellphone tower to become a conduit for all data emitted by nearby devices that connect to it. As a result, Stingrays can capture text messages, track devices, and intercept phone call audio.

The main controversy surrounding the technology is that it does not just target one individual device—it targets and surveils all cellphones in the immediate area.

“Advances in emerging surveillance technologies like cell-site simulators … require careful evaluation to ensure their use is consistent with the protections afforded under the First and Fourth Amendments to the U.S. Constitution,” the report, published Monday, reads.

“While law enforcement agencies should be able to utilize technology as a tool to help officers be safe and accomplish their missions, absent proper oversight and safeguards, the domestic use of cell-site simulators may well infringe upon the constitutional rights of citizens to be free from unreasonable searches and seizures, as well as the right to free association.”

Researchers also uncovered that between 2010 and 2014 the Department of Justice owned 310 Stingray devices costing a total of $71 million across that period. In those same years, the Department of Homeland Security purchased 124 devices at a cost of over $24 million.

After the announcement of the Committee’s investigation last year, both federal departments improved their policies on Stingray use to make absolutely clear the authorisation process and how a warrant should be obtained.

The report commended the “new and enhanced guidelines” of the DOJ and DHS but went further in recommending that Congress “pass legislation to establish a clear, nationwide framework for when and how geolocation information can be accessed and used.”