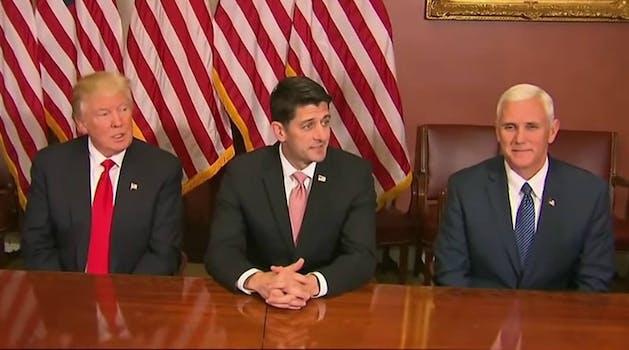 This is a setback Donald Trump's signature initiative.

Sensing there wasn’t enough support as constituted to pass the American Health Care Act, the House postponed a much-anticipated vote that was slated for tonight.

Hours before the bill was scheduled to hit the floor, it was apparent that House Republicans had not recouped the support of the House Freedom Caucus, whose staunch disavowal of the bill 24 hours earlier left Paul Ryan and Donald Trump scrambling for votes.

The party thought a compromise could be reached today, with the caucus floating a proposal to eliminate “Essential Health Benefits,” which were a major part of Obamacare and which were retained in the original proposal.

That promoted tremendous backlash online, with opponents saying that the move would unfairly target women.

In a press briefing earlier in the day, Press Secretary Sean Spicer was confident the vote would go down tonight and said that if the Ryan plan died, there was no plan B because he was confident in Trump’s ability to get the bill to the finish line.

The delay comes after Trump personally met with 30 members of the House Freedom Caucus this morning to persuade them to reach a deal.

Although a vote could still come in the next couple days, the scheduling of Thursday’s vote was symbolic, as it was the seven-year anniversary of the Affordable Care Act being signed into law.

A Quinnipiac poll conducted this morning found that just 17 percent of Americans approved of Ryan and Trump’s healthcare plan.