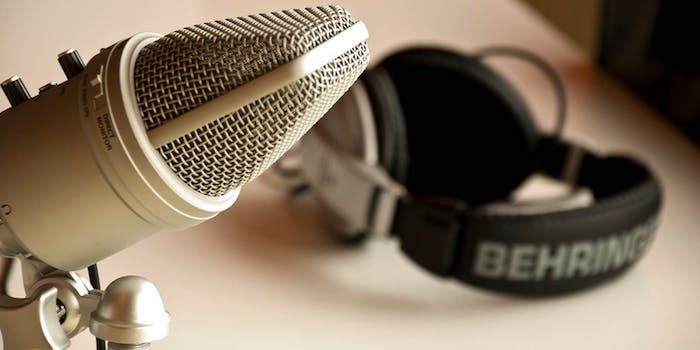 Meet the man telling the Internet what podcasts to listen to

Podcast are suddenly hot, and Nicholas Quah knew it all along.

Though by his own admission he’s a “nobody” with a newsletter about podcasts, Nicholas Quah’s Hot Pod has become required reading for anyone who digs audio stories.

If podcasting were an equation, it’d look something like public access * radio + Internet = compelling intersection of business and entertainment. Quah is the equals sign, helping you find the gems in podcasting’s deep quarry.

While Quah’s day job is at BuzzFeed, every Saturday at 11am, he blasts out the weekly edition of Hot Pod, a newsletter that is all things podcasting. It’s a veritable state of the union sent directly to his couple thousand subscribers. He tells you what he enjoyed in his own listening each week, gets podcast recommendations from others (here’s mine), and helps unravel the business side of the industry.

Hot Pod is casual, sharp, and written so that it feels like you’re listening to an intelligent friend turning you on to what may become your next obsession.

Here’s what Quah himself had to say when I pummeled him with questions via email. Who are you to start a newsletter about podcasts? Is there a podcast “scene,” and where do you fall within it?

Quah: There isn’t really a formal “scene,” in the sense that there isn’t some sort of professional podcasting association. But if you’re talking about subcultures, most definitely. There are two dominant ones that I can think of: 1) the shows and podcast networks that emerged from public radio (or are inspired by public radio, or travel in the same circles), and 2) the shows and podcast networks that come out of the comedy world. There are also tons of smaller subcultures: crafts podcasts, religious podcasts, technology podcasts, and the like—and they all have their own community loci which are scattered throughout the Internet. You also have much larger media companies pumping out their own podcasts (think ESPN), but that’s not a subculture, and I don’t necessarily think it’s part of any scene.

Why start a newsletter about podcasts? To sort the signal from the noise?

Well, the thing you need to understand about Hot Pod is that I never meant for anybody outside of a small, feverish, obsessive community to read it.

I started the newsletter because around the time Serial started becoming the thing it would unwittingly become, I began receiving emails and all manner of pings from friends asking for podcast recommendations. (I was, even then, known for listening to far too many podcasts). So I decided to consolidate these requests and pump out a TinyLetter to collect these recommendations: stuff I was listening to, what I thought about them, how it made me feel. The early essay “critiques” came out of a frustration that no one’s really writing about podcasts the way, say, the Dissolve and Alan Sepinwall write about movies. I wanted to know what doing that for podcasts would feel like, and I was curious to see if I could do it.

The bits about the business of the podcast industry comes out from my personal interest in the matter. I’ve always kept an eye on it, and at the time I did some form of market/industry analysis for a living, and I didn’t mind too much about running my mouth and writing down stuff that I was noticing and I was thinking about. The first time I put the thing together, it took about 30 minutes and it felt really good. And then I tried to make it look a little professional (hiring the great Hallie Bateman to do the logo art, coming up with specific sections) because, well, I had a lot of free time and I didn’t feel particularly challenged at the job I held at the time.

So, no—it wasn’t to sort the signal from the noise. I started the newsletter for the same reason anybody starts a blog. I felt things, and I wanted to write down those feelings and share them. The newsletter remains that, and everything that has happened since I first started the thing has been nothing more than an accident.

How many subscribers do you have? 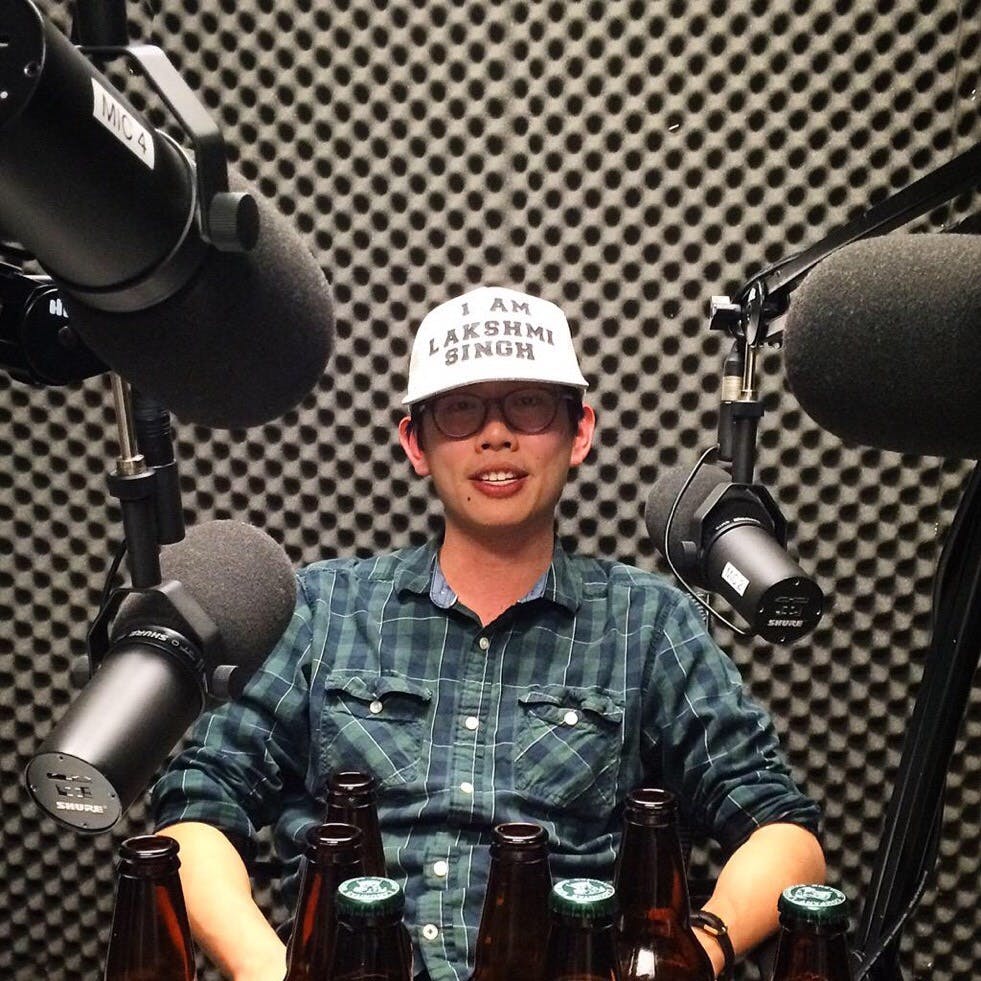 What’s the first podcast you subscribed to? What’s your longest-running subscription?

The first subscription was this series of recorded philosophy lectures coming out of… Oxford University, or something. I was still in college at the time, and I was (am) pretentious about stuff like that. Nietzsche remains my boo.

The first podcast I ever subscribed and fell in love with…. well, there were two. Radiolab and Partially Examined Life. Both are still on my list, so they’re the longest-running subscriptions.

Is the low barrier to entry for podcasting good or bad? There are some real awful podcasts out there, but there’s also really well-done, niche stuff. Both good and bad?

Every podcast has a potential audience, no matter how small.

Clearly it’s both, but we should really parse out the nuance of the dynamic here. From a creator’s standpoint, it’s only a fabulous thing that more and more podcast creators have access to the means of production and distribution. That’s a given; we’re in a better position now than ever before to see something really high-quality from someone we’ve never heard from before, with something to say that we’ve never heard of before. And though I’m personally partial to arguments for the benefits of large, creative oligopolies (like Hollywood in the golden age of movies), I do think it’s great that you could theoretically make something good, put it out there, and not be clamped down upon by an oppressive bureaucratic system.

Again, caveat: I’m partial to arguments that every podcast has a potential audience, no matter how small. Like you said, there is also really well-done niche stuff out there. I get that. But I’m principally interested in a world where independent podcasters, or just podcasters in general, can make decent, salaried livings making good tape full-time. From that perspective, I think the immense noise—and the lack of a developed, large, and oligopolistic podcasting industry—is very probably a terrible thing. But the very democracy that empowers potential creators is something that also harms them. The openness theoretically solved the gatekeeper problem, but it’s given birth to a whole new one: the noise, which you are already referring to. This is not a particularly new dynamic—we’ve seen this on platforms like YouTube, Spotify, whatever. This extreme democracy in a creative landscape is particularly bad from a consumer’s standpoint. We’re seeing this right now in podcasting: Audio curation is broken. So, right now, it’s hard enough to figure out what’s a good fit for you in the universe of “good” podcasts (however defined), but it’s even harder to get to “good” podcasts when you have to wade through thousands of hobbyists who flood the directories of every podcast app out there.

What role does conventional terrestrial radio play now? What role will it play in the future?

Terrestrial radio is to podcasting what broadcast and cable television is to Netflix. Take from that what you will.

I can’t tell the future, obviously. But I personally think nothing ever really goes away, because we will always have nostalgics, and we will always have hipsters. Hell, I don’t even think print will go away. I think alarmed conversations about so-and-so media format dying are obviously misnomic: We’re actually talking about whether that format is losing cultural and economic relevancy in the marketplace. In the future, print and terrestrial radio may no longer be titanic media enterprises, but as long as there is someone who loves it, there will be some form of capitalistic consumption, even if it’s niche.

What’s your pro take on Serial? I think it’s overrated and stopped three or four episodes in.

I really liked it. I don’t think it was the best piece of audio journalism ever, but I did think it was one of the most compelling pieces of sustained audio storytelling I’ve ever heard. Sure, there are distinct issues with it, and good chunks of it are definitely frustrating and self-indulgent, but I strongly suspect the issues come out from the context of the creators—these public radio “bing bongs” (to use the late, great David Carr’s characterization) stumbled into a story and a fandom that grew to become something bigger than they could ever imagine. No shit they weren’t able to stick the landing, or efficiently account for every damn thinkpiece that trickled out into existence.

Is it overrated? To some extent. But I think strong claims that it’s overrated tend to be overreactions. I don’t know, man. Lots of people made the effort to walk up to me and tell me they think Serial is overrated when they heard I think about podcasts as a hobby. I think it’s an opinion that people like to have, because they saw that backlash on the Internet.

What is your podcast consumption workflow? Do you listen to every episode of everything you subscribe to every week? What criteria have to be met for you to subscribe to something?

Research: I run around SoundCloud on Sundays, typically. Because of Hot Pod, people write me all the time pitching their own podcasts, and though I hardly reply to them, I make it a point to listen. You never know. On Sundays I collect about four or five that I want to try out that week, and then I sprinkle it on my playlist.

Weeklies: I have about 10-12 shows that I listen to religiously, whether they come out weekly or daily or bi-weekly. Examples: Grantland’s Hollywood Prospectus, Slate’s Culture Gabfest, Pop Culture Happy Hour, Death Sex and Money (all hail Anna Sale), Snap Judgment, The Canon, Wiretap. Another Round just made it onto the list.

How do I pick a weekly? Often it’s a feeling. If listening to the podcast makes me feel good, even if the story is hard [I pick it up]. Podcast listening is therapy to me. You have no idea.

When do I listen? Just about any free time I can get. Living in New York basically means I’m guaranteed a shit-ton of time in commute, so I listen on the way to work and back. (Though sometimes I cut that with new music, like right now I’m dealing with Kendrick Lamar’s new album.) I listen when I run, when I work out, when I’m alone in the apartment, when I go for walks (I go for a lot of walks—I hate staying still). I write a morning newsletter as part of my job, and that means I get up early, so I tend to listen to a podcast to help me feel acclimatized to being alive and not feeling that loneliness early mornings can bring. I listen when I’m traveling, when I’m waiting in lines, when I’m getting lunch.

Photo via brainblogger/Flickr (CC BY 2.0)