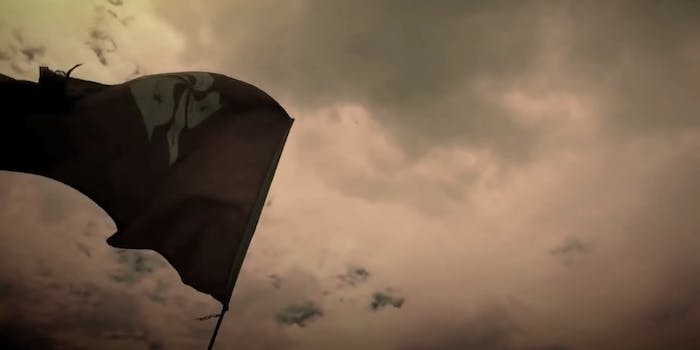 It's titled "Hong Kong Will Be Destroyed After 33 Years," which happens to be its full reunification with mainland China.

China‘s censors are working hard to make sure its citizens don’t see a sci-fi movie about the demise of Hong Kong.

A seven-minute short in the vein of Armageddon or Deep Impact, “Hong Kong Will Be Destroyed After 33 Years” depicts a universe in which an asteroid is headed straight for the city, making it a ticking time bomb.

It’s a not-too-subtle metaphor for real life. In 2047, Hong Kong, formerly a British colony and currently a semi-autonomous region in China, is scheduled to have to harmonize its laws with the mainland.

YouTube has long been banned outright in China. But Internet users in China say that normally accessible video sites, like YouTube equivalent YouKu, delete the video after it’s uploaded. And while search engine Baidu does list the video among its results, most of those pages have since been deleted. One version, hosted at umelook.com, does load, but Anthony Tao, founder of the China-centric blog Beijing Cream, told the Daily Dot that it won’t work for him.

Something of a satire, the video shows Hong Kong residents initially unworried by their impending doom. They see it as a way to save money on rent, an excuse to get mad at the stock market, or flat-out avoiding dealing with the inevitable.

By the end, our narrator helps create a giant laser to destroy the asteroid just before it’s too late. Is that just the film choosing a happy ending? Is it encouraging Hong Kongers to rebel against the mainland? A brief clip does show Leung Kwok-hung, perhaps Hong Kong’s most visible anti-mainland political activist.