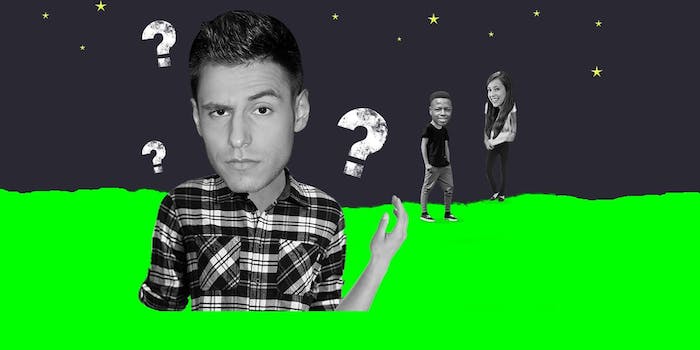 Judge your friends anonymously with a new Facebook app

It’s a friendlier, much broader version of Hot or Not.

How many of your friends would share a dance with you? How many think you’re a major nerd? If you’re curious, there’s an app that’ll show you. Honestly.

Honestly is a Facebook application that allows users to receive anonymous feedback from their friends regarding a variety of judgmental questions. It’s a friendlier, much broader version of Hot or Not. The idea is that you can find out from those closest to you whether or not they truly find you as pretty as they say you are—without having to deal with the personal anguish that might come with seeing how each individual answers that question.

Honestly’s content and community manager Nedenah Elkayam emphasized to the Daily Dot that the anonymous nature of the app ensures there would be “no public shaming or bullying, just a positive way to find out what your friends think.”

The app is yet another to take part in the trend of applications that emphasize the promise of anonymity, though Elkayam sees Honestly’s approach as a much more pleasant one than what other similar websites and apps have offered.

“A lot of these apps have taken things to a negative place,” Elkayam said. “People want to see what others think about them, but it turns into public shaming. We worked to create an experience that’s still fun but offers privacy.”

Positivity is enforced by the app’s structure. Users are able to see only how many positive responses each question received; the negative answers remain hidden. Of course, it’s not difficult to extrapolate the number of “no” answers to a given question when comparing it to others that have been asked, but this at least lets users delude themselves into thinking that their friends might simply have missed the question about how funny and charming they are.

And no, you likely won’t be able to ask if your friends find you to be particularly sleazy. All of the app’s questions are written by the development team, which tried to find a balance between lighthearted and edgy in deciding what users would be able to ask.

“You don’t want everything to be perfect and good, so you do get some room for constructive criticism, but it never crosses the line and becomes too harsh,” Elkayam said.

Of course, you have to be an Honestly user to ask and answer questions, so your results may vary depending on who signs up.