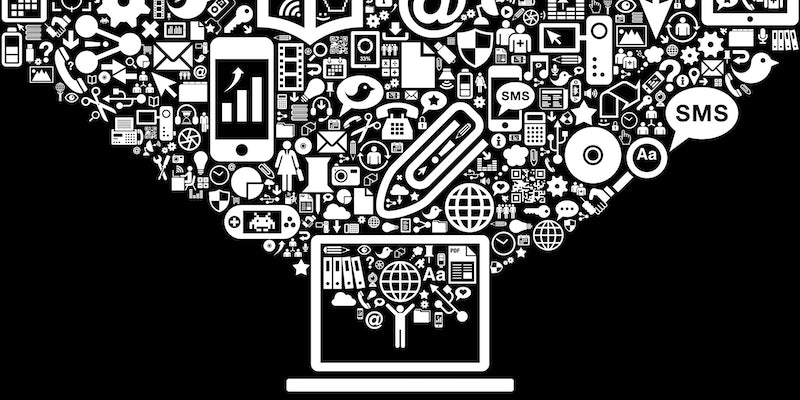 Want to know how 'Pizzagate' went viral? See for yourself.

BY ALLEE MANNINGIn case you haven’t heard, patently false articles presented as factual news stories are causing a stir across the American media landscape. While we know these hoax news or fake news stories—particularly those centering around politics—are threatening our collective worldview in potentially damaging ways, we’re still struggling with who to blame and how to keep this kind of news from spreading. A new tool aimed at showing how fake news proliferates on Twitter could help.

The software, called Hoaxy, was developed by researchers from The Observatory on Social Media at Indiana University, a project that aims to make sense of how information is disseminated online. Hoaxy is essentially a search engine that enables users to input keywords, article titles or phrases in order to pull up stories published both by independent fact-checking organizations and dozens of known sources of dubious credibility.

Hoaxy generates a report about the topic of interest that includes a timeline showing when the news reached the masses and an interactive “diffusion network” that visualizes how the story spread. The graphic reveals when one person retweeted, replied to, quoted or mentioned another tweet sharing that story. Hoaxy users can even click on these nodes in order to see the original tweets themselves.

For instance, you can search Hoaxy and find a “Pizzagate” story published by the D.C. Clothesline (which Vocativ will not be linking to so as to not contribute to the site’s ad revenue in any sense) that claims “the DC pedophile ring just might include your representative or senator.” According to Hoaxy, the story amassed 125 tweeted links (and over 900 Facebook shares), both from the site’s own Twitter account and other accounts with decent-sized followings.

“If we want to stop the growing influence of fake news in our society, first we need to understand the mechanisms behind how it spreads,” one of Hoaxy’s developers said in a press release.

In a paper on the development and function of Hoaxy, its creators note that “fake news [stories] are dominated by very active users, while fact-checking is a more grass-roots activity.”

That said, the tool’s creators are also quick to state that the purpose of the software is not to decide which news stories are true or false. “Not all claims you can visualize on Hoaxy are false, nor can we track all false stories. We aren’t even saying that the fact checkers are 100 percent correct all the time,” they note on the website’s FAQ.