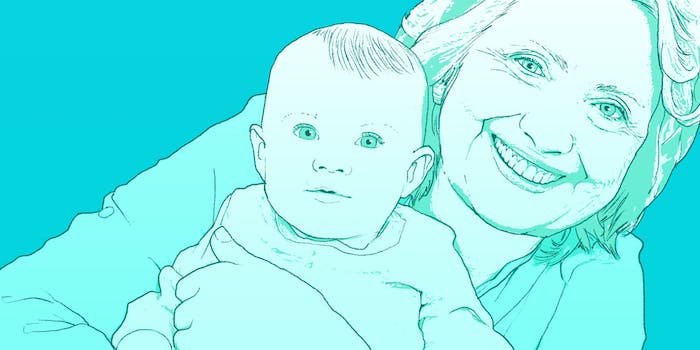 "Stop hijacking my grandma/culture for votes."

Hillary Clinton’s presidential campaign is under fire for her attempt to target Spanish-speaking voters by claiming she’s like “your abuela,” or grandmother.

On Monday, Clinton’s campaign published a listicle, “7 things Hillary Clinton has in common with your abuela,” which included traits like “She knows what’s best,” and “She reacts this way when people le faltan el respeto.”

#NotMyAbuela — This is when you know no women of color were in the room. No one to say, "Hill, girl, no. Nah."

Immigration polices kept me from my grandma. She passed away waiting for us to return. Policies Clinton supported.#notmyabuela #notmiabuela

Many followers of the hashtag called out Clinton’s post as Hispandering or pandering to Hispanics, as Mashable put it.

Critics also used the hashtag to explain how Clinton is nothing like their own abuelas, given their families’ struggles.

#NotMyAbuela. Mine fought poverty for her 11 children & couldn't see half of them before she passed away because of a border.

MY abuela was an orphan in El Salvador and a widowed single mother of 5, yet she NEVER used the gender or victim card. #NotMyAbuela

Clinton’s post kicks off with a photo of her and former president Bill Clinton holding their granddaughter, Charlotte, and a subhead that reads “she isn’t afraid to talk about the importance of el respeto,” or respect.

As a candidate, Clinton does relatively well with Latino voters. She beat beat President Barack Obama 2-1 for Latino voters in the 2008 Democratic primary. She’s received endorsements from Latino public figures and celebrities like Secretary of Housing and Urban Development Julián Castro and singers Ricky Martin and Marc Anthony.

She even used Anthony in her listicle by including a photo with him captioned “Everybody loves abuela—even this guy.”