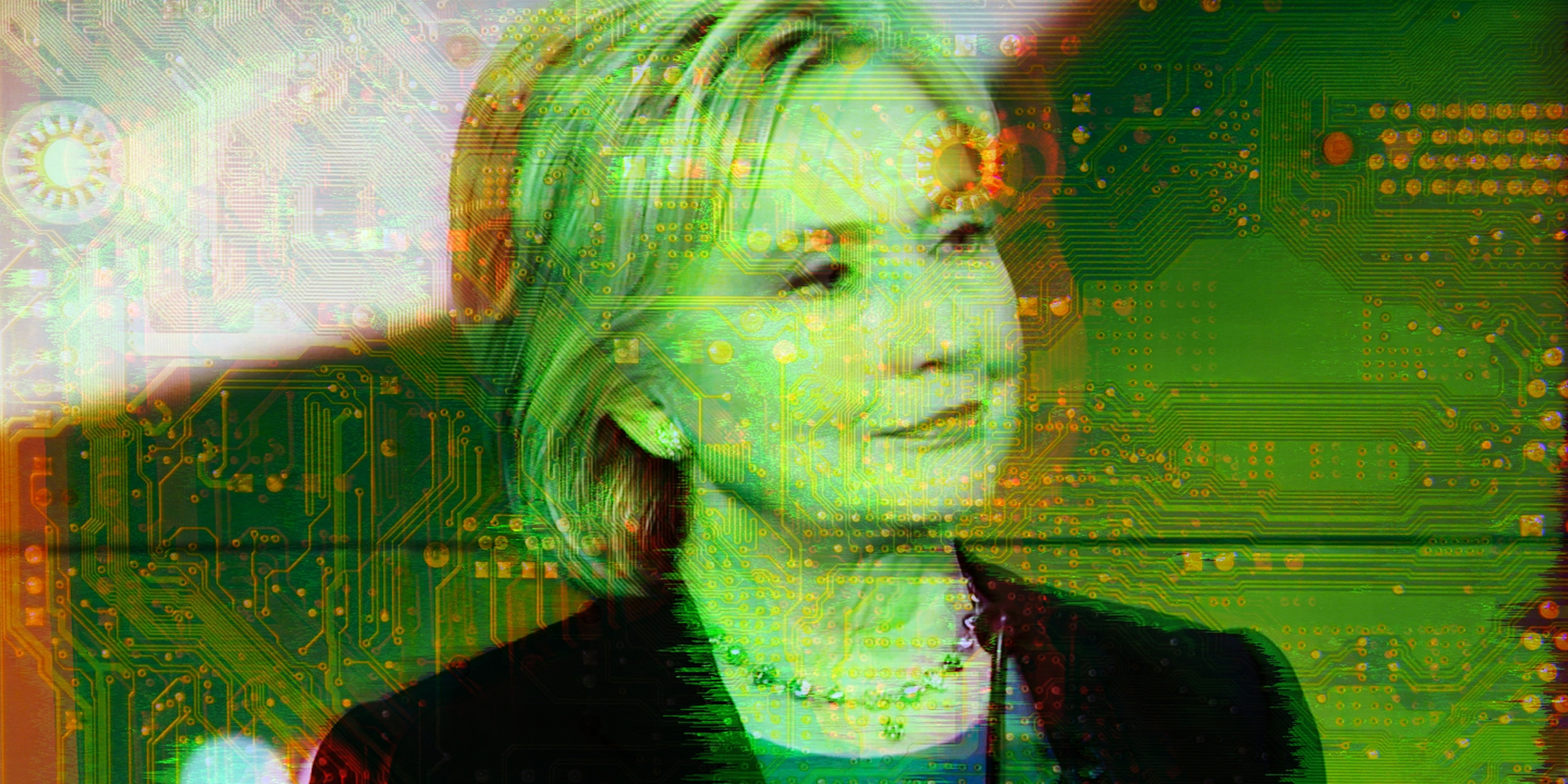 None of the Democratic candidates publicly endorsed strong encryption in response to the debate question.

Former Secretary of State Hillary Clinton offered a perplexing response to a question at Sunday night’s debate about what the government should do to pressure tech companies to assist in terrorism investigations.

Clinton, Sen. Bernie Sanders (I-Vt.), and former Maryland Gov. Martin O’Malley all dodged the substance of the original question—whether they would demand that tech companies build backdoors in their encryption for law enforcement—but it was Clinton whose answer prompted the most confusion and hand-wringing among privacy advocates and technologists watching the debate.

Clinton first said that she was “very pleased” to see Obama administration officials meet with tech executives to discuss ways to counter violent extremism online—a meeting at which the more contentious encryption debate was also raised. Debate moderator Andrea Mitchell then pointed out that the tech companies had rebuffed the administration’s demands at that meeting. In response, Clinton said, “That is not what I’ve heard. Let me leave it at that.”

“That is not what I’ve heard. Let me leave it at that.”

Asked which meeting topic she was referring to, a Clinton campaign spokesman said in an email, “As you can see from the transcript, she was referring to general intelligence cooperation, not specifically about encryption.” But public reporting suggests that the tech companies did rebuff the administration, and the spokesman declined to say where Secretary Clinton was getting her information to the contrary. He also declined to say whether Secretary Clinton supported backdoors.

“That’s a very good question,” Ross Schulman, a senior policy counsel at New America’s Open Technology Institute, said in an interview, when asked what Clinton meant. “I’m not sure what Secretary Clinton thought she was answering at that point, because the question had morphed quite a bit.”

Apple CEO Tim Cook reportedly pressed Attorney General Loretta Lynch to publicly oppose backdoor mandates at the meeting. (Lynch declined to do so.) FBI Director James Comey, who has led the government’s charge against unbreakable encryption, also attended the meeting, reportedly on the condition that encryption be placed on the agenda.

Government officials and technologists have sparred for decades over whether tech companies should guarantee the government access to their products’ encrypted communications.

Security experts and civil-liberties advocates argue that strong encryption—which even device and software makers cannot break—is the only way to protect Americans’ personal information and secure government networks. But some law-enforcement and intelligence officials, worried that terrorists are hiding their planning behind encryption, have shrugged off those concerns and pressed for backdoors.

In response to the encryption question, Sanders said that the government should “have Silicon Valley help us to make sure that information being transmitted through the Internet or in other ways by ISIS is, in fact, discovered.” He added, “I do believe we can do that without violating the constitutional and privacy rights of the American people.”

O’Malley answered the encryption question by saying, “Whether it’s a backdoor or a front door … our federal government should have to get a warrant.” But the warrant requirement has never been the major concern in the encryption debate.

The Sanders and O’Malley campaigns did not respond to requests for comment.

“It did feel like it was a missed opportunity for the candidates to really let the public know where they stand on what I think is a really important issue,” Schulman said.

Amie Stepanovich, U.S. policy manager at the global Internet-freedom group Access, said that the candidates’ “reluctance to take a clear position in the recent debate” underscored the importance of activism on the issue. She pointed to an open letter by a massive coalition of companies, organizations, and experts asking world leaders to back strong encryption.

“The message this letter sends is clear—we need leaders who will stand up for the security achievable through encryption, which is necessary to the protection of human rights and the [I]nternet economy,” Stepanovich said in an email. “We urge all of presidential candidates to do so.”

Schulman said that technologists watching the debate were excited to see encryption raised but disappointed—“a resigned shrug,” in his words—to hear the candidates’ non-answers.

“Even when they are asked directly,” he said, “I think we’re seeing all three candidates on the Democratic side taking a pass on answering it.”