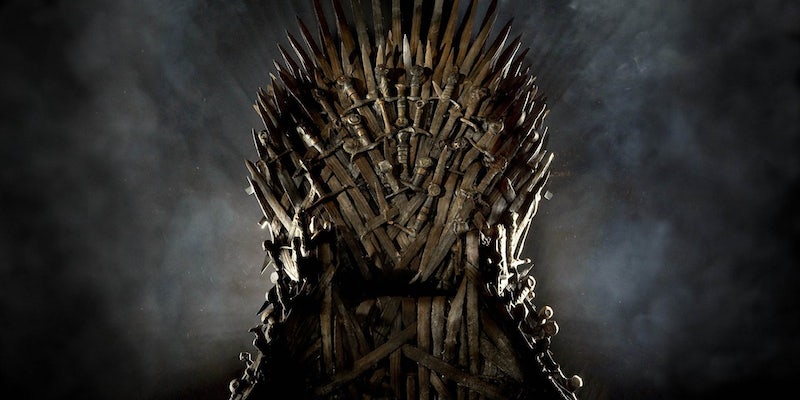 'Game of Thrones' is just the first show to be illegally streamed on Twitter's Periscope app.

HBO is none too pleased with users of Twitter-owned streaming app Periscope, following the debut of the fifth season of the hit show Game of Thrones and subsequent unauthorized livestreams of the show’s season premiere.

When it comes to big television premieres, HBO’s beloved Game of Thrones is one of the biggest, with 8 million people tuning in to last Sunday’s premiere, and it seems some Twitter and Periscope users simply couldn’t contain their excitement. Streams of the show’s newest episode began popping up as soon as it started, and thanks to Twitter’s search feature, it wasn’t terribly difficult to find them. Questionable video and sound quality aside, many of the streams were entirely watchable, which obviously didn’t sit too well with HBO.

Periscope’s terms of service specifically forbid streaming copyrighted content, but the app relies on user reports in order to flag specific streams as problematic. This means that unless a significant number of upstanding Web citizens sound the alarm, a stream can remain active indefinitely. This lack of any type of default content screening is what has drawn the ire of HBO execs, who were no doubt already frustrated by the early leaks of the first four episodes on other platforms.

“We are aware of Periscope and have sent takedown notices,” an HBO spokeswoman told the Hollywood Reporter. “In general, we feel developers should have tools which proactively prevent mass copyright infringement from occurring on their apps and not be solely reliant upon notifications.”

This type of copyright violation is particularly hard to police due to the ability of independent streamers to appear and disappear at a moment’s notice. TV shows, movies, and even sporting events can instantly be delivered to countless others for absolutely free, and unless the offending users are caught, reported, and banned in an extremely rapid manner, they can easily dodge repercussion.