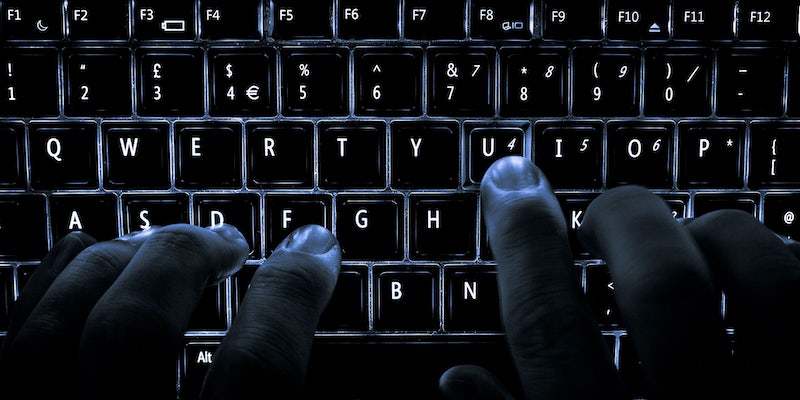 Apophis Squad members could serve decades in prison if convicted.

The Department of Justice has charged two hackers for an assortment of crimes including making hundreds of fake mass-shooting and bomb threats to schools in the U.S. and Britain, NBC News reports.

According to a federal indictment unsealed Tuesday, the duo, believed to be part of “a worldwide collective of computer hackers” known as Apophis Squad, carried out a wide array of criminal offenses throughout the first eight months of 2018.

The second hacker, 19-year-old George Duke-Cohan of the United Kingdom, is already serving a three year prison sentence in his home country after being arrested in August of last year. Investigators say Duke-Cohan used the online handles “DigitalCrimes” and “7R1D3N7.”

A DOJ press release states that the hackers “conducted cyber and swatting attacks against individuals, businesses, and institutions” as well as fake bomb and school shooting threats “designed to cause fear of imminent danger and did cause the closure of hundreds of schools on two continents on multiple occasions.”

The crew also carried out denial-of-service attacks against numerous sites, including that of encrypted email provider ProtonMail, and attempted to extort the Hoonigan motorsport company in California after successfully bringing down its website.

Other instances saw Apophis Squad carry out threats against the Los Angeles Airport and spoof the email of London’s mayor. Duke-Cohan is also accused of calling an FBI field office in Nebraska multiple times to discuss “deployment of deadly pathogens in the office” as well as to threaten to “rape and kill the wife of the FBI personnel who answered the phone.”

Per the indictment, Vaughn bragged online that the hacking group “targeted over 2,000 schools in the United States and more than 400 in the United Kingdom.”

“The 11-count indictment, which was returned by a federal grand jury on February 8 and unsealed today, charges Vaughn and Duke-Cohan with conspiracy and eight additional felony offenses, including making threats to injure in interstate commerce and making interstate threats involving explosives,” the DOJ states. “Vaughn is additionally charged with intentionally damaging a computer and interstate threat to damage a protected computer with intent to extort.”