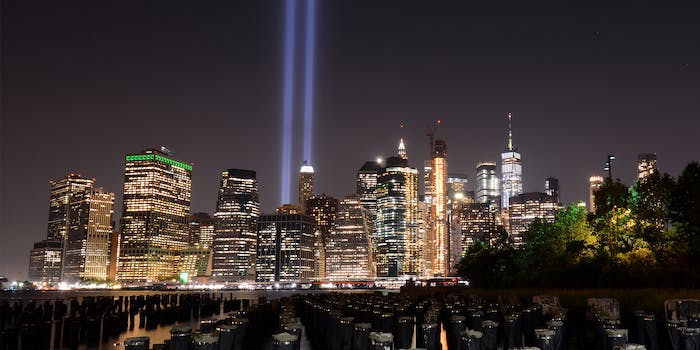 The group promises to publish more files in exchange for Bitcoin.

A group of hackers have released a small cache of legal documents allegedly related to the 9/11 terror attacks after breaching several firms.

The group, known as the Dark Overlord, first announced Monday in a statement online that it had hacked insurance companies Hiscox Syndicates and Lloyds of London as well as real estate developer Silverstein Properties.

Among the files, a sample of which the group made available Wednesday, are several PowerPoint presentations concerning liability cases stemming from the terror attacks.

The Dark Overlord noted in a comment on its now-suspended Twitter account, however, that the main focus of the files surrounds not the legal cases but “highly sensitive” information found within.

“This story isn’t about insurance litigation so much as it’s about highly sensitive SCI (special compartment information) and SSI (sensitive security information) that details security procedures, defence operations, law enforcement investigations, evidence materials, and more that was never publicly released due to its sensitive nature,” the group said.

While the initial release was made to “prove authenticity of our claims,” the group plans to publish more files in five installments if they receive a set amounts of Bitcoin from the public. They also are demanding a ransom from the insurance companies to stop the release of the files.

Speaking with the Daily Dot, the hacker group stated that it would stop the crowdfunding effort only when the affected companies agreed to pay them a substantial sum.

“The data goes to the highest bidder. That’s either the public or involved parties,” the group said over encrypted email. “However, there’s a third option: we’ve opened the auction to nation-states and terrorist organisations who’d like to get their hands on some truly juicy truths about 9/11.”

Prices range from as little as $250 in Bitcoin for tier one documents all the way up to $2 million for content from tier five. Analysis of the Dark Overlord’s Bitcoin wallet shows three small transactions at the time of publication.

In a statement to Motherboard, a Hiscox Group spokesperson confirmed that a law firm advising them on “litigation arising from the events of 9/11” was indeed hacked.

“The law firm’s systems are not connected to Hiscox’s IT infrastructure and Hiscox’s own systems were unaffected by this incident,” the statement read. “One of the cases the law firm handled for Hiscox and other insurers related to litigation arising from the events of 9/11, and we believe that information relating to this was stolen during that breach.”

And while Lloyds of London has not commented thus far, Silverstein Properties said in a statement to CyberScoop that it has “found no evidence to support a security breach at our company.”

The Dark Overlord, well known for its extortion schemes, also made headlines in 2017 after leaking then-unreleased episodes of Netflix’s Orange Is the New Black.