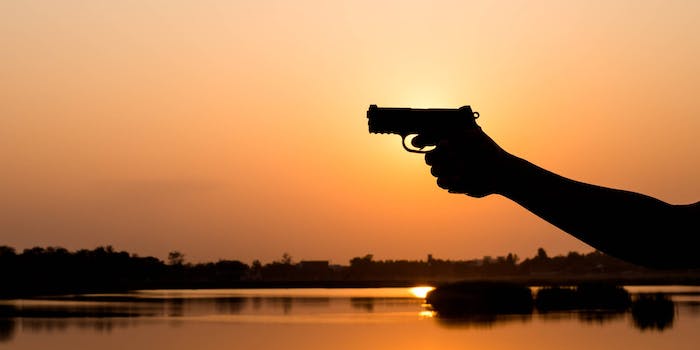 Gun owners to have special place in FBI biometric database

Hawaii passed a series of gun-related bills that would limit and track gun owners.

Gun owners will soon have a special place in the FBI’s new biometric database, known as the Next Generation Identification (NGI) system, which is teeming with finger and palm prints, iris and at least 411 million facial scans.

Hawaii Gov. David Ige signed a first-of-its-kind bill on Thursday that allows county police departments to enroll gun applicants, as well as resident or visiting firearm owners, into the FBI’s Rap Back system. According to the FBI’s  website, Rap Back is a part of the NGI system that uses fingerprint identification to provide continuous criminal record monitoring anywhere in the country and notifies law enforcement when an individual has been arrested.

“This notification,” Hawaii’s new law reads, “will allow county police departments in Hawaii to evaluate if the owner of a firearm may continue to legally possess and own firearms.”

Nearly a decade ago, Lockheed Martin, the massive security and aerospace corporation, won the $1 billion contract to update the bureau’s antiquated Integrated Automated Fingerprint Identification System by overlaying it with NGI’s advanced capabilities. One of those essential capabilities, Art Ibers, Vice President of Exploration and Mission Support at Lockheed Martin, told me nearly a year ago, was Rap Back.

As the Electronic Frontier Foundation has previously reported, Hawaii already has a special relationship with NGI. A 2011 memorandum of understanding between the bureau and Hawaii shows that the government is building NGI using “photo submissions independent of arrests” originating from the state.

The National Rifle Association (NRA) was—for lack of a better phrase—up in arms about Hawaii’s new legislation. “The NRA finds this one of the most extreme bills we’ve ever seen,” Amy Hunter, an NRA spokeswoman told Reuters. The NRA also tweeted:

But Gov. Ige backed his decision in a statement released on Thursday:

“This system will better enable our law enforcement agencies to ensure the security of all Hawai‘i residents and visitors to our islands. This bill has undergone a rigorous legal review process by our Attorney General’s office and we have determined that it is our responsibility to approve this measure for the sake of our children and families.”

One dictates that harassment by stalking and sexual assault disqualify a person from owning, possessing, or controlling any firearm or ammunition. The second holds that firearm owners must surrender their weapons and ammunition to the Chief of Police if they’ve been disqualified from owning a firearm due to a behavioral, emotional or mental disorder, or because of emergency or involuntary psychiatric hospitalization.