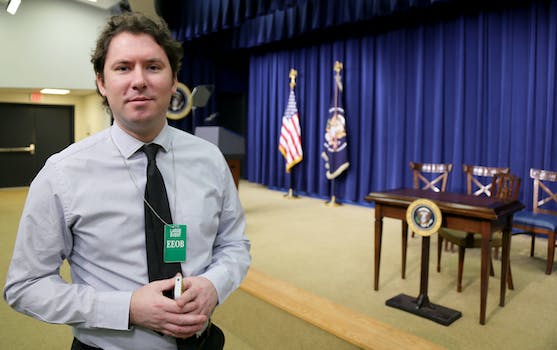 How a gun control petition went from Tumblr to Washington D.C.

David Glynn recounts the creation of his viral petition, “Immediately address the issue of control through the introduction of legislation in Congress.”

I created the petition “Immediately address the issue of control through the introduction of legislation in Congress” as a knee-jerk reaction in mid-December of last year. It was a way of gaining control over a situation I had no control over. After the awful extent of the Sandy Hook shootings became clear, I felt disoriented. The mind tends to turn toward blame, but the murder of 20 children and six school officials was, and will always be, a hard thing to wrap my head around.

I knew that if there ever were a tipping point for effective gun control, this would be it. So, I wrote a petition. My primary goal was to appeal to both sides of the debate. Writing an incendiary, partisan petition benefits no one. The vast majority of gun owners are people who have the Constitutional right to own one, several, or many guns, and singling these people out was wrong. Simply put, the petition was intended to start a realistic dialogue about guns and their role in the United States. We have a gun problem, plain and simple.

So I wrote what was on my mind, posted it directly to my Tumblr account, and within hours it had thousands of signatures. Twenty-five thousand signatures were required for a response from the president’s office, and the petition reached that number by the end of the day. At that point, it jumped off Tumblr and showed up on Twitter and Facebook. My friend at ShortFormBlog even called it “super-viral.”

The petition broke the record for the most signatures ever on a White House petition, received all sorts of press and, in my mind, had accomplished what I wanted. In a matter of days, people temporarily moved beyond grief, anger, and vengeance, and instead focused on the question of “what can we do to help.” At one point I even had a Facebook friend asking me to sign my own petition.

Admittedly, I felt some level of guilt—as though this effort, in the face children shot down in cold blood, would affect anything. What does a petition really mean in light of such an evil act? I can’t answer that, but I know we had started a dialogue that was beyond the typical American mass shooting response.

Eventually, President Obama uploaded a video response to the petition—his first ever. He made it clear that he was not willing to back down on certain parts of gun control. Twenty murdered children called for more than just another theatrical congressional debate. He handed the task to Vice President Biden.

A few weeks later, I received an invitation from the White House to attend [the] signing of President Obama’s executive orders for gun control. It was a bittersweet moment. I sat near a family who had lost a child in Newtown, CT, and dozens of others who had invested far more time than myself when it came to gun control. But at the risk of being overdramatic—as President Obama spoke, it became clear that I was there because Americans actually want change when it comes to gun control. The two women to my left had signed my petition. I just had the right timing and reached out to the right people, but 200,000 people signed the petition because enough is enough. This is not a liberal agenda; it’s something a majority of Americans want happen.

So, coming full circle, a petition turned into a movement. People within the White House even commented to me that it had a real impact on the expediency of the legislative action we saw yesterday. And, in Washington D.C., that’s really saying something. For all those who think signing a petition is like writing a letter to Santa Claus, you’re wrong. Of course, you should keep reading books, go for a run, anything that keeps you healthy and sharp… but know that social media changes people’s lives.

By David Glynn // Photo by Adam Garber via Tumblr