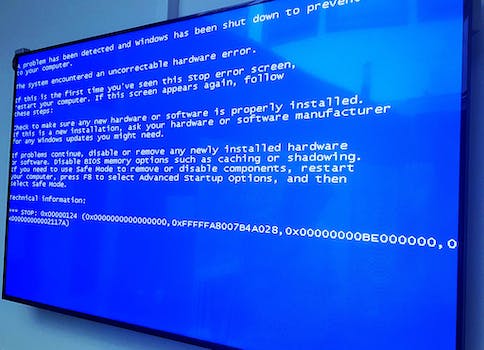 Guess what color it is?

Microsoft is trying something completely new—and daring—with preview builds of Windows 10. Instead of the dreaded, iconic Blue Screen of Death greeting you when your system crashes, some users are now noticing something different: a green screen of death.

In Windows 10 build 14997, users will see the screen below if they commit a fatal system error. (Microsoft’s Matthijs Hoekstra first teased the change on Twitter, and @Christ123NT was the first to spot it.) This build of Windows 10 also introduces other noteworthy features, such as a blue light-minimizing night mode, and a game mode that minimizes background activity to maximize desktop gaming performance.

so on a hunch I tried to force a bug check and well, yeah… pic.twitter.com/iKeDPT5wu6

The reason for the green screen, according to Engadget, is so that Microsoft can better distinguish between errors in established versions of Windows 10, and problems in more unstable preview editions—particularly if these error screens get shared publicly on social media or blogs.

If you haven’t experienced a Blue Screen of Death this decade, you may notice it looks a little different. In April, Microsoft added a QR code to this error screen. Users can scan the code to get more information about what caused the meltdown to better troubleshoot the issue.

The Green Screen of Death will be limited to preview builds of Windows 10, so unless you’re running this latest version (or a future one), you’ll likely only ever seen your familiar old Blue Screen of Death.