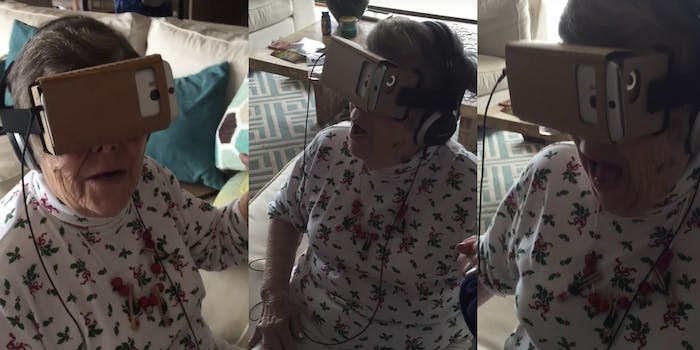 Holidays are a time for intergenerational bonding, and what better than to expose the elderly to terrifying VR simulations and film their reactions for YouTube.

Marie, decked out in a festive holiday shirt, tested out her grandson’s Google Cardboard this week. Her reaction to watching a roller coaster simulation is a unique mix of elation and terror.

If you’re in the mood for more elderly people trying out VR, the Fine Bros gathered a slew of them back in 2014. None of them are as adorable as Marie.