Here’s what happens when you sell drugs using Google Wallet

On second thought, stick with cash.

These days, it’s not all wads of cash and word on the street. Between payments innovations like Square and bustling, underground online marketplaces, drug dealing is just as high tech as everything else. Of course, that’s probably ill-advised. Sure, you can accept those payments for crack cocaine totaling $23,625 over Google Wallet—but should you? 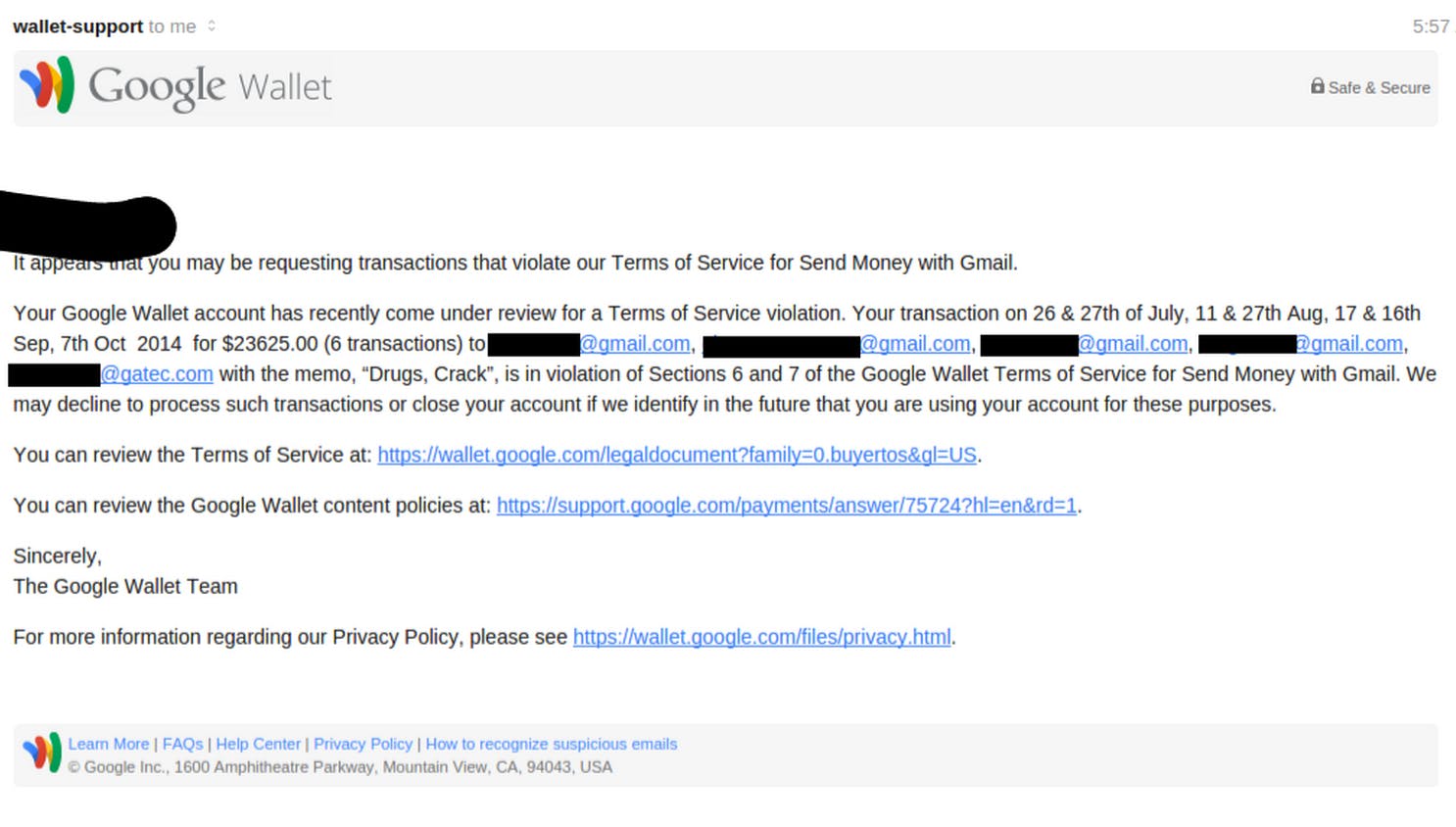 Reddit user kag0 may not have actually been pushing the white stuff, but Google was watching nonetheless:

So sometimes when I show friends or people how you can request money over Google Wallet, I’ll send a request for a few thousand bucks to close friends with a note saying something like “for my ransom” or “need crack”. They know whats up, they read it, chuckle and reject the request, it’s all good.

The tutorial went awry when Google caught kag0’s payment, complete with annotation that it was for “Drugs, Crack,” and shut things down. Apparently selling more than $20K worth of crack via Google’s e-payments platform is a no-go, violating two sections of the Google Wallet Terms of Service.

It’s noteworthy that while Google caught the joke memo, it only issued a warning that it might say no to transactions in the future. If Google Wallet freezes you out, there’s always Venmo—unless you’re paying a friend or client named Ahmed, in which case you might want to steer clear.

And hey, Venmo has emoji; is there an emoji for crack?