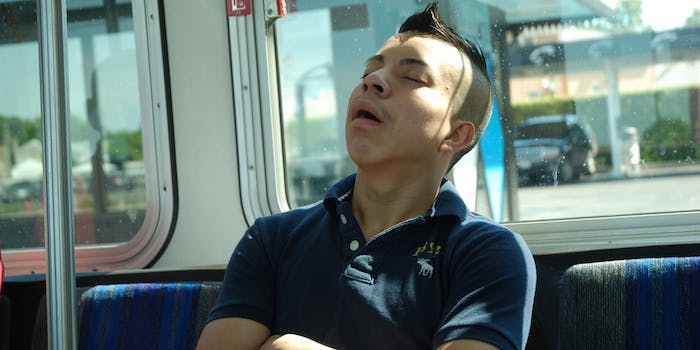 Google is quickly becoming the platform of choice for those of us who drink too much—or, at least, it should be.

Most famously, the company introduced a fleet of driverless cars, severely reducing the risk of drunk driving. Then, they rolled out a Google Maps feature that alerts you when the last possible train or bus home leaves. Now, the latest Google Now feature actually wakes you up if you fall asleep on the bus or train to help ensure that you don’t miss your stop.

With the new feature, which is integrated into Google’s already-existing public transportation information, you simply input your daily bus or train commute into Google Now, then lean back, close your eyes, and nurse away that pesky hangover without fear of ruining your career. The app will sound an alarm when you are close to your stop, giving you sufficient time to snap out of your slumber, possibly scream, grab your bags and stumble to the door.

If the feature really catches on, you’ll never have to worry about missing a stop again, regardless of whether you use the app. As each stop approaches, a litany of alarms will sound, sending screaming groups of people bolting for the doors. At least, that’s how we imagine this playing out.

According to Android Police, a Google Now user in the Netherlands first noticed the app’s public transit alert feature. It is currently unclear when other Android users might have access to the feature, however. We have reached out to Google for clarification, and will update this space with any response we receive.