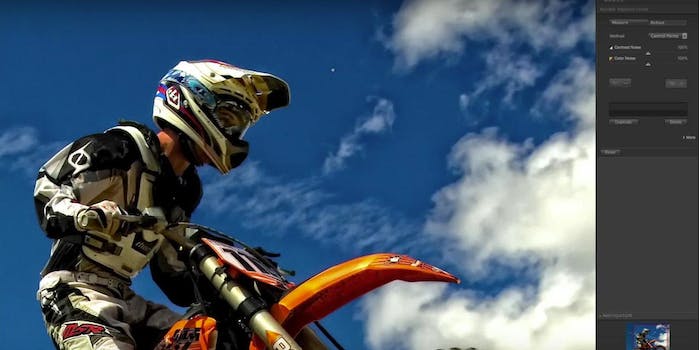 Screengrab via Nik Collection by Google/YouTube

Google’s $150 photo editing software is now free for everyone

A picture is worth 1,000 words, but editing software is free.

If Instagram filters aren’t quite cutting it for you when it comes to your photos, you can take your photo editing up a notch without dropping a dime thanks to Google’s decision to make its Nik Collection, a set of image enhancement tools, available for free.

“As we continue to focus our long-term investments in building incredible photo editing tools for mobile, including Google Photos and Snapseed, we’ve decided to make the Nik Collection desktop suite available for free, so that now anyone can use it,” Google said in an announcement made on Google+.

The plug-ins will give the visual-minded the ability to touch up their photos with filter applications that improve color correction, retouching and creative effects, image sharpening, and the ability to adjust the color and tonality of images.

Making the Nik Collection free is a boon for photographers on a budget; the package of tools once cost as much as $500 when operating independently as Nik Software and was priced down to $150 after being acquired by Google in 2012.

Those who forked out that cash for the services were less than thrilled by the announcement, of course, but Google assured the buyers that if they purchased the Nik Collection in 2016, they would be issued a full refund in the coming days.

Quartz reported the plug-in suite will remain updated for compatibility with operating systems and third-party programs like Photoshop and Lightroom, but the free model means there will be no new versions released in the future.