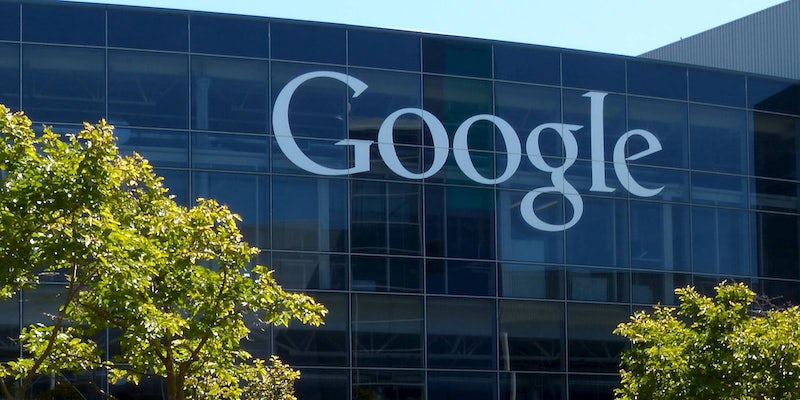 The move represents a significant change in stance.

Google just did away with one of its most controversial search results—and a whole lot more.

In mid-December, Google found itself drawn into the fake news debate when it was reported that a post denying the Holocaust was the top search result for those who queried “did the Holocaust happen.” The company has now announced that they plan to confront the problem through developments that automatically and significantly demote “non-authoritative information.”

“We recently made improvements to our algorithm that will help surface more high-quality, credible content on the web,” a Google spokesperson told Digital Trends. “We’ll continue to change our algorithms over time in order to tackle these challenges. … Judging which pages on the web best answer a query is a challenging problem, and we don’t always get it right.”

There are a host of page-optimizing variables that dictate how results are presented by Google’s search engine, and the company is consistently improving the process by which a page is selected as a relevant query response. Reports about the high placement of white supremacist websites, like Stormfront, led to criticism that the company was at best passively complicit in proliferating fake news or extremist propaganda.

At first, Google refused to address the problem. A spokesperson had told Fortune, “We are saddened to see that hate organizations still exist. The fact that hate sites appear in Search results does not mean that Google endorses these views.”

However, these new proactive algorithmic improvements represent a complete change of stance by the company and even appear to have removed the problem websites altogether. A simple search shows how Stormfront’s holocaust-denial post has now completely disappeared: 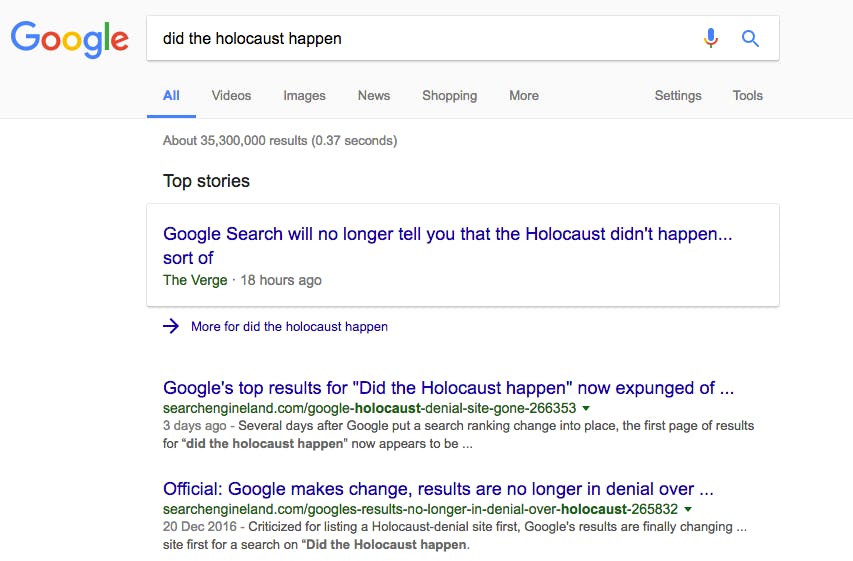 The company’s move will go some way in pleasing angry users who had been less than enamored by the company’s original response. It’s a notable change in position as social networks and Silicon Valley’s giant corporations figure out how to tackle disinformation without violating the internet’s foundational values about neutrality.

“Google was built on providing people with high-quality and authoritative results for their search queries,” the spokesperson said of the recent developments. “We strive to give users a breadth of diverse content from variety of sources, and we’re committed to the principle of a free and open web.”