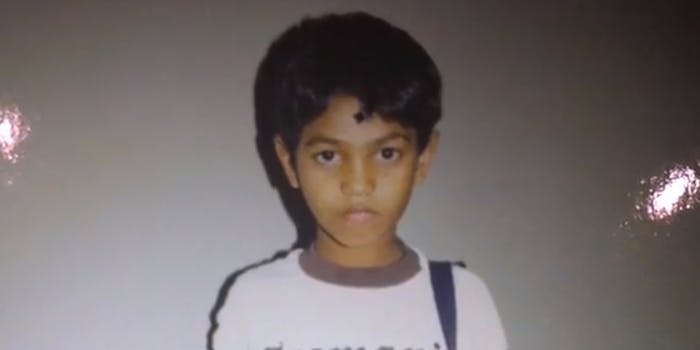 If there’s one rule when it comes to being a savvy, cynical consumer of advertisements, it’s trying to not cry while watching them. Sometimes this is much easier said than done. Take, for example, an ad for Google Earth posted to YouTube earlier this week, called “Homeward Bound.”

The video tells the story of Saroo Brierley, an Indian boy who, at the age of 4, fell asleep on a train while waiting for his brother. Brierley awoke utterly alone with no conception of how to reunite with his family or even the name of the town where he lived.

After surviving for months on the streets of Calcutta, Brierley was adopted by an Australian family, who took him in as one of their own. However, he never lost the drive to find his way back home.

“My mom had decorated my room with a map of India, which she put next to my bedside,” Brierley says in the video. “I woke up every morning seeing that map. And hence it sort of kept the memories alive.”

Armed only with a handful of hazy images of his former life, Brierley’s search seemed futile for decades. At least until the advent of Google Earth, which let him match the pictures in his head with the pictures on the globe-spanning program’s maps. Following a trail of digital breadcrumbs a quarter-century after the fact, he was finally able to track down his hometown and, well, let’s just say a seriously astounding series of events ensued.

“It was a needle in a haystack,” said Brierley, “but the needle was there.”

Brierley released a book about his story earlier this year, called A Long Way Home. It’s being adapted into a feature film.

As far as Google making stuff that’s not evil, Brierley’s tale is a nifty feather in its cap. Or, as one YouTube commenter put it, “Apple maps could make a parody of this. Of course it wouldn’t have﻿ such a happy ending.”