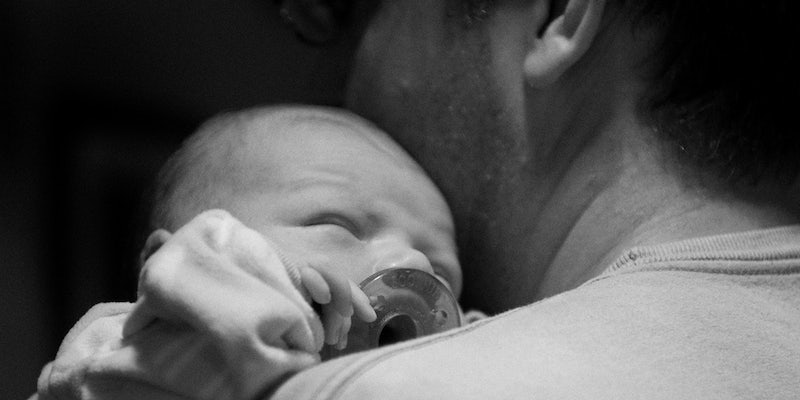 Men finally have their own fertility app

You can now track data from both partners when trying to conceive.

Trying to get pregnant can be equal parts exciting and stressful for couples. And while there are some applications that aim to help women better track their reproductive health through quantifying personal data, there are limited resources for men who want to do the same.

One in eight couples experience infertility, and 40 percent of those cases stem from male infertility. To help couples better understand male partners’ reproductive health and track fertility while trying to get pregnant, Glow announced a new update to its application.

Glow is already widely used by women. Period tracking, fertility monitoring, and diet and fitness information are used to provide comprehensive information for women who are trying to become pregnant. Now the app is expanding to include both partners, making Glow the first quantified self application to include fertility tracking for men.

“All of our focus has been on women and their fertility,” Jennifer Tye, Glow’s head of partnerships and marketing, said in an interview. “Since the time that Glow has been out on the market, more attention has been given to women’s infertility, and hopefully we’re doing a part to raise that level of discussion about it. But in addition to that, men’s reproductive health plays just as an important role in a couple’s ability to conceive.”

The new feature is similar to what female users see. Men will fill out a daily health log and answer questions about their day-to-day activities, including whether or not they smoked or drank or visited a sauna that day. Any activities that could impact sperm health will be monitored, and the application will provide updates and information on how such activities can impact conceiving.

Insights will be delivered directly to the application and tailored to each individual’s data. For instance, removing lubricants, cutting back on the bacon intake, and not getting enough sleep can negatively impact sperm count. 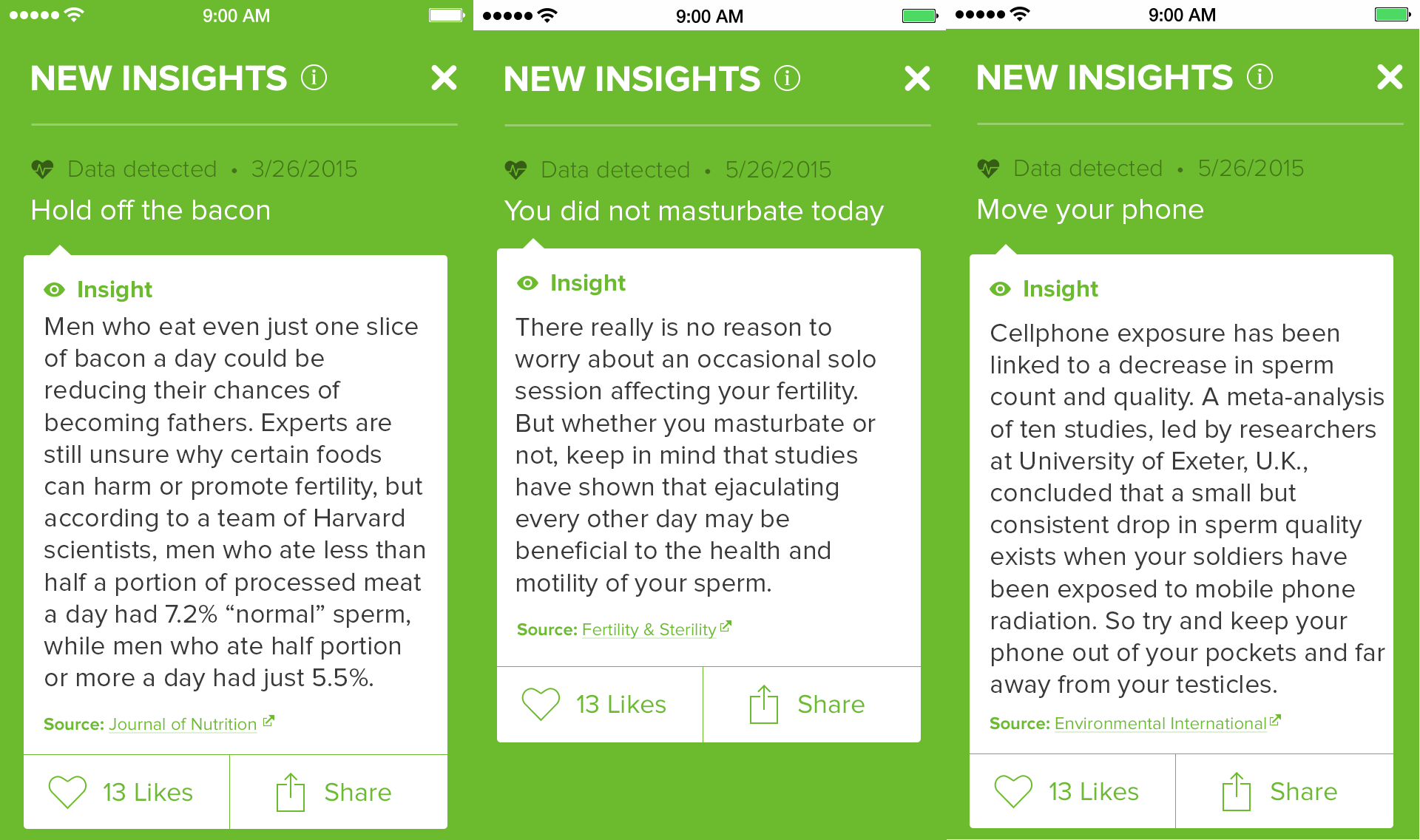 “With fertility and journey to having a child, it takes two to tango,” Tye said. “It shouldn’t just be about the woman, even though by and large the focus is just on women’s fertility. It’s not just a woman’s problem. We believe there’s an opportunity to educate and empower couples with information about this other side of the equation.”

Partners who have installed the Glow application are able to share their data, and can encourage one another to make sure they’re staying on top of fertility monitoring. And once a woman gets pregnant, couples can use Glow Nurture to help keep track of health data throughout her pregnancy.

At its heart, Glow is a data science company, and uses anonymized information provided by women, and now couples, to gain an understanding of reproductive health in partners. To that end, the company says it’s responsible for helping 50,000 women get pregnant, and is 40 percent more effective in helping couples conceive compared to women who don’t use Glow.

It’s not just about helping women get pregnant, however. In one study, Glow analyzed data from almost 40,000 period cycles to test the age-old hypothesis of whether or not the moon impacts menstruation. The company discovered that during full moons, fewer women get their periods, while more get them when the moon is waxing crescent.

To further its mission to use data to improve fertility, Glow is partnering with Boston IVF and Shady Grove, two of the largest fertility clinics in the nation.

“Patients at those clinics will be able to have a personalized experience in Glow that will help them as they go through the process of getting fertility treatments,” Tye said.

Male fertility tracking is available today for Glow on iOS and Android—just in time for National Infertility Awareness Week.