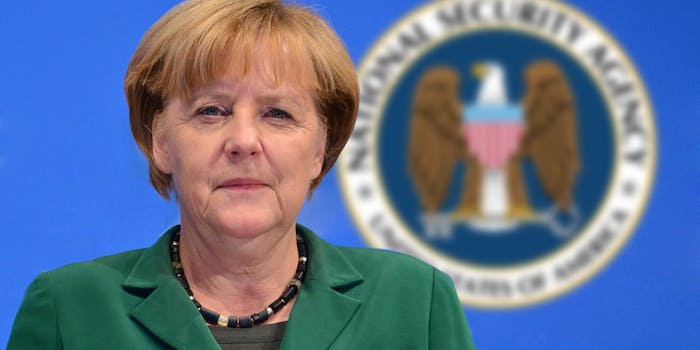 The contract is set to expire next year.

Making good on a promise to ice-out any U.S. technology company that could not promise to keep information from the prying eyes of American intelligence agencies, the German government has cancelled a multiyear contract with Verizon.

According to Reuters, the German government will no longer rely on Verizon to support its Berlin-Bonn network, which is used for interagency communication between government ministries. Verizon has curated this service since 2010, and the contract is set to expire next year.

This is the first direct action taken under a new directive issued by the German government last month saying it would no longer do business with international telecommunications companies that could not promise to protect data from foreign governments. The policy was in direct response to National Security Agency (NSA) spying operations exposed by former contractor Edward Snowden last year.

Earlier this year, Berlin officials held negotiations with the U.S. but failed to reach the “no-spy” resolution they wanted.

Germany has been at the forefront of international criticism against the U.S. for its spying and data-collection programs. In the documents leaked by Snowden, it was revealed the U.S. regularly forced American Internet companies to give up data about U.S. and international citizens. Germans were further upset when it was uncovered that American spies had directly tapped Chancellor Angela Merkel’s own telephone.

“The pressures on networks as well as the risks from highly developed viruses or Trojans are rising,” the ministry’s statement said. “Furthermore, the ties revealed between foreign intelligence agencies and firms in the wake of the U.S. National Security Agency (NSA) affair show that the German government needs a very high level of security for its critical networks.”

“The U.S. government cannot compel us to produce customers’ data stored in data centers outside the U.S., and if it attempts to do so, we would challenge that attempt in court,” a Verizon spokesperson said.

The same spokesman told Reuters that Verizon had not received any requests from Washington in 2013 asking for data stored in other countries. However, when pressed about whether demands had been made in previous years, the company declined to comment.

Though this move is intended to send a strong statement, there are still skeptics who wonder if the German government will be able to part with one of its biggest contractors, a subsidiary of the American Computer Sciences Corporation (CSC). Last month, WorldCrunch wrote about how CSC holds more than 100 federal and state contracts in Germany, despite having been implicated in the troubling detention and torture of a Kuwaiti-born German citizen back in 2004.