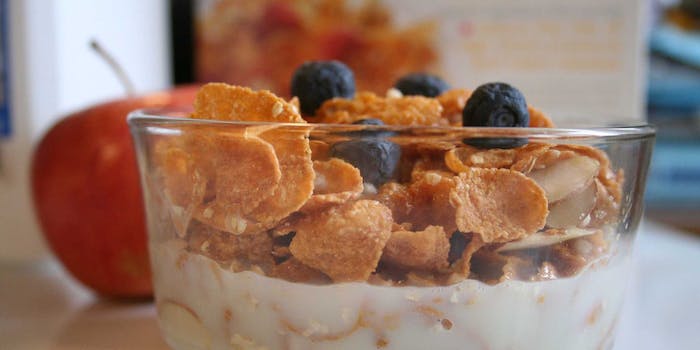 Last Wednesday, the New York Times reported that General Mills, purveyor of such American classics as Cheerios and Bisquick, had made changes to its website’s legal policy indicating that consumers who download coupons or “like” or Follow General Mills products on social media platforms like Facebook or Twitter thereby waived their right to sue the company. After being contacted for comment by the Times but before the article was published, General Mills added the following clarification to their website, explaining that the new terms simply required “All disputes related to the purchase or use of any General Mills product or service to be resolved through binding arbitration.”

On Thursday, General Mills doubled down: “No one is precluded from suing us by purchasing our products at a store, and no one is precluded from suing us when they ‘like’ one of our Facebook pages,” read a statement on the company’s website. Consumers who “liked” a General Mills brand on Facebook in order to receive a coupon, however, would have had to agree to the new terms, a spokesperson told the Times.

By Saturday night, however, General Mills had capitulated. The cereal-maker issued an apology “on behalf of our company and our brands” and promised that it would revert to the old policy.

“We stipulate for all purposes that our recent Legal Terms have been terminated, that the arbitration provisions are void, and that they are not, and never have been, of any legal effect,” reads the statement on the company’s website.

They don’t just leave it there, though; the statement continues, its tone increasingly petulant:

We’ll just add that we never imagined this reaction. Similar terms are common in all sorts of consumer contracts, and arbitration clauses don’t cause anyone to waive a valid legal claim. They only specify a cost-effective means of resolving such matters. At no time was anyone ever precluded from suing us by purchasing one of our products at a store or liking one of our Facebook pages. That was either a mischaracterization—or just very misunderstood.

While there is evidence that the initial New York Times article was somewhat sensationalized, in all likelihood that was because General Mills declined to comment or clarify their confusing legalese despite having been contacted for comment before publication.

As far as the claim that “similar terms are common in all sorts of consumer contracts” goes, it’s not clear how true this is. The Times initially reported that the inclusion of forced arbitration in General Mills’ legal terms would make it “one of the first, if not the first” major food company to pursue this legal loophole. Indeed, I was not able to find any such language in the Terms and Conditions pages for Nestle, Quaker Oats, or Malt-O-Meal. We’ve reached out to General Mills for further comment.

Still, even if General Mills’ closest cereal competitors have not yet moved in this direction, “forced arbitration” is still an insidious trend in corporate America.

“Arbitration is a private system without a judge, jury, or a right to an appeal. Arbitrators aren’t required to take the law and legal precedent into account in making their decisions. There is no appeal or public review of decisions to ensure the arbitrator got it right.”

After Dropbox included forced-arbitration language in its new terms of service, The Consumerist’s Chris Morran explained why there is never any reason for an employee or a consumer to agree to a forced arbitration policy.

1. Forced arbitration takes away your right to file a complaint in a court of law against a company that’s wronged you.

2. Companies want you to arbitrate because the system has been shown to be heavily unbalanced in favor of businesses—who have the legal knowledge, experience, and funding to put up a proper defense—while harmed consumers often enter into the complicated process without legal representation.

3. Most arbitration clauses also take away the right of groups of harmed consumers to pool their similar complaints together, forcing each customer into going through a binding arbitration that puts limits on damages; meaning companies can harm large groups of customers but get away with only paying out to those people who are willing to arbitrate.

“Not that any of that matters now,” pouts General Mills’ Saturday statement.