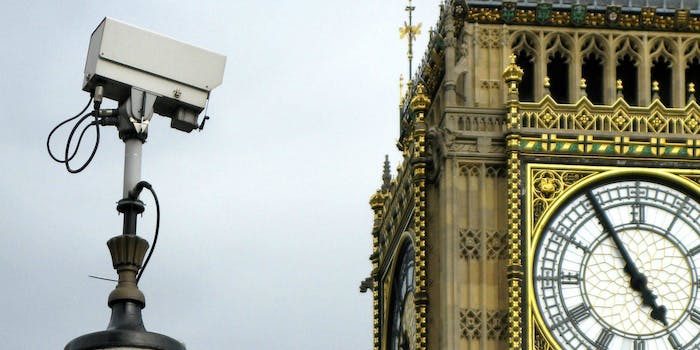 British spies broke the law by obtaining data from the NSA.

It appears that for at least seven years, Britain’s top spy agency unlawfully gained access to the private communications of its citizens through its partnership with the National Security Agency, the Investigatory Power Tribunal declared on Friday.

The IPT has upheld a legal challenge brought by Privacy International and other civil liberties groups who claimed that the U.K. government violated human rights laws by “soliciting, receiving, storing and transmitting” emails and phone records, which were obtained by U.S. authorities. The tribunal found the legal regime governing the bulk collection of these records conflicted with the European convention on human rights.

Between 2007 and 2014, Britain’s Government Communications Headquarters received private communications intercepted by the NSA through top secret programs Prism and Upstream, known only to the public due to the actions of former NSA contractor Edward Snowden. Effectively on the run, the whistleblower resides in Russia, fearful that a return to the United States will mean a secret trial and no less than decades behind bars.

In a statement following the decision, Privacy International said that the revelations on which the case was built relied almost entirely on documents disclosed by Snowden. The IPT found that the intelligence sharing between the NSA and GCHQ was unlawful prior to December 2014, because the rules governing the U.K.’s access to information collected by America’s spy agency were kept secret from the public.

“For far too long, intelligence agencies like GCHQ and NSA have acted like they are above the law,” Eric King, deputy director of Privacy International said. “Today’s decision confirms to the public what many have said all along—over the past decade, GCHQ and the NSA have engaged in an illegal mass surveillance sharing program that has affected millions of people around the world.”

“The world owes Edward Snowden a great debt for blowing the whistle, and today’s decision is a vindication of his actions,” King said.

Legal challenges to the intelligence regime are likely to continue, however. Last year, the IPT ruled that information sharing between the American and British spy agencies were lawful as of 2014, as oversight of the collection process had finally been put into place.

“The only reason why the NSA-GCHQ sharing relationship is still legal today is because of a last-minute clean-up effort by the government to release previously secret ‘arrangements’,” King said. “That is plainly not enough to fix what remains a massive loophole in the law, and we hope that the European court decides to rule in favour of privacy rather than unchecked state power.”

The agency added: “By its nature, much of GCHQ’s work must remain secret. But we are working with the rest of government to improve public understanding about what we do.”

James Welch, Legal Director for the organization Liberty, who was also a plantiff in the case, said on Friday: “The Intelligence Services retain a largely unfettered power to rifle through millions of people’s private communications—and the Tribunal believes the limited safeguards revealed during last year’s legal proceedings are an adequate protection of our privacy. We disagree, and will be taking our fight to the European Court of Human Rights.”

Photo via Stephen Johnson/Flickr (CC BY 2.0)