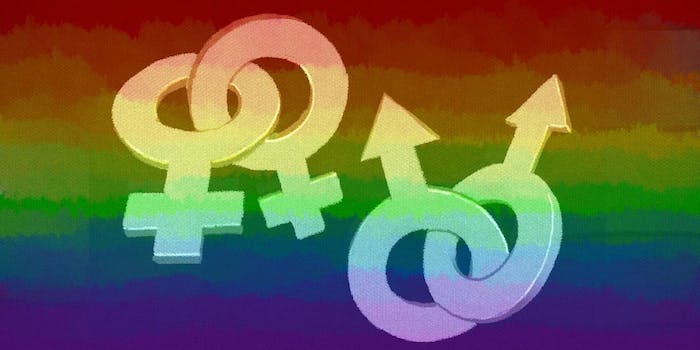 The evolution of same-sex marriage in the U.S., in one colorful GIF

It took 20 years, but America has finally arrived at marriage equality.

The Supreme Court ruled 5-4 Friday to end gay marriage bans, a historic decision that was decades in the making. Finally, the U.S. has a single legal authority that makes gay marriage clearly legal in all 50 states.

Since the movement really began picking up steam in the mid-1990s, the U.S. has been a confusing tapestry of civil unions, outright bans, complex legislation, long court struggles, and ballot initiatives for and against recognizing same-sex marriage.

Take California, for instance. For years, gay couples weren’t allowed a marriage license, but in June 2008, thanks to a state Supreme Court decision, the government began handing them out. But come November of that year, thanks to the now-infamous Proposition 8 ballot initiative against gay marriage, the practice stopped in the state. It was five more years before a court decision overturned Prop 8, letting the practice resume.

To show just how far we’ve come in the past 20 years, we’ve created this GIF, thanks largely to the timeline provided by Freedom To Marry, to give a sense of how the U.S. got to this point. You can watch the long journey, the struggle back and forth, and how the colors finally harmonize in 2015.