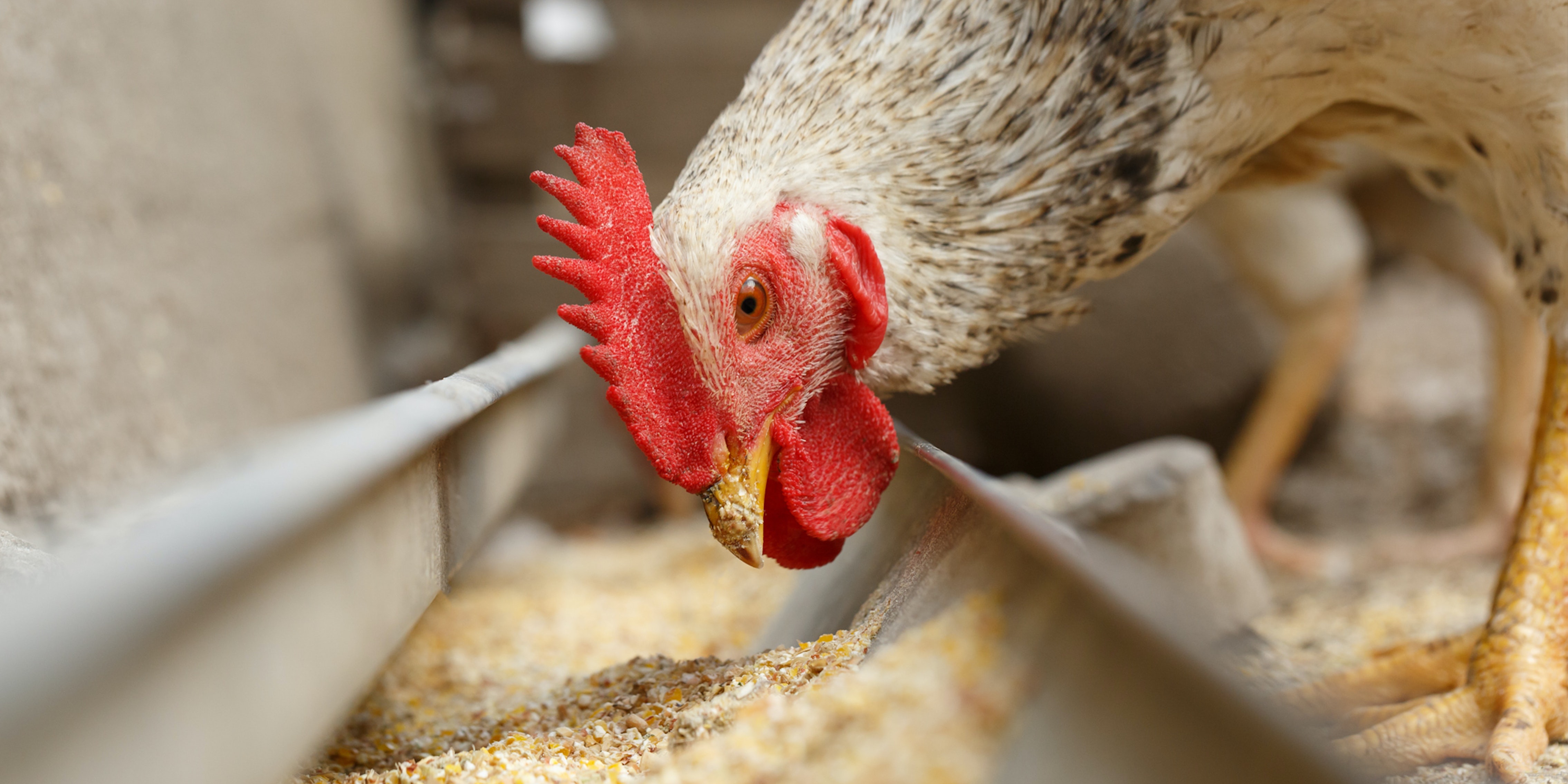 The Gateway Pundit is once again testing the bounds of logic and reason. The far-right outlet has linked the nation’s current egg shortage and rising prices to a chicken feed company’s supposed ties to Jeffrey Epstein and the World Economic Forum (WEF).

On Wednesday, the Gateway Pundit wrote a story claiming that an 85-year-old purveyor of home and farm supplies, Tractor Supply Company, is selling chicken feed that causes hens to stop laying eggs.

It alleges that the formula of Tractor Supply’s Producer’s Pride brand was recently altered to reduce the amount of protein, which may have been “deliberate.”

Tractor Supply didn’t immediately respond to an emailed inquiry about whether it has changed the formula of its chicken feed or if it worked with Jeffrey Epstein to bring about an egg shortage.

The story appears to be based almost entirely on a viral tweet from this past weekend. The tweet included a video of a woman claiming that her chickens started laying again after she switched them to goat feed. She did not name the brand of chicken feed she was giving the hens.

It’s not clear where the Twitter user got the video. In a later tweet, they said that they buy eggs from a local farmer, implying that it isn’t their video.

Somehow, the Gateway Pundit found it. The article conceded that an outbreak of avian influenza, chickens laying fewer eggs in winter, and inflation are all contributing to the high price of eggs—all of which are true.

Then the story takes a hard right turn into conspiracy land.

“Recent reports of chickens not laying comes in the wake of ongoing public concerns that the World Economic Forum is artificially causing food scarcity,” it states. Some conspiracy theorists believe the WEF is intentionally manufacturing a food shortage.

The Gateway Pundit digs even deeper by drawing a line from the egg shortage to the work histories of three members of Tractor Supply’s board.

It reports that one member used to work for Vanguard, an index fund it claims is a contributor to the WEF. Vanguard is one of two dozen members of the WEF’s Global Parity Alliance that launched last spring. It’s not clear whether it contributes directly to the WEF.

That board member hasn’t worked for Vanguard since 2015 and has only been on Tractor Supply’s board since 2021.

Another board member, Gateway Pundit continues, used to work for an agricultural company that’s been criticized for using genetically modified organisms (GMOs). GMOs are somewhat controversial, and last summer the WEF published an article arguing that engineered crops could help fight climate change, but the company is hardly the only one who uses them.

The supposed link between Tractor Supply and Jeffrey Epstein is equally tenuous. “Most shocking,” the Gateway Pundit declares, is that another board member was the president of Victoria’s Secret 16 years ago. In its view, this is relevant because the owner of Victoria’s Secret had given Epstein sweeping control over his personal finances at that time.

Be that as it may, a reasonable person may wonder how a deceased billionaire who preyed on young women and girls could possibly have anything to do with the protein content of Tractor Supply chicken feed.

That didn’t stop the Gateway Pundit from blaring in a tweet, “Tractor Supply Chicken Feed Reportedly Causing Egglaying to Stop, Board has Ties to WEF, Jeffrey Epstein.”

Discourse online suggests that many people believe Tractor Supply is up to something. The most liked comment on the article says, “You know [damn] well, this is intentional. Criminals need to be shot.”

Others have pushed back, saying that they feed their chickens Producer’s Pride and haven’t noticed an atypical decrease in egg production.

“Egg production slows during fall + winter. Conspiracy closed,” a Twitter user pointed out. “Also commercial chicken farmers are almost certainly not feeding ‘Producer’s Pride’ to their chickens. This is a witch hunt and it’s stupid. There are actual issues in the world to chase—this ain’t one of ’em.”